There’s been a lot of talk over the years about the link between vaccinations and autism. But even though there are many studies showing no link exists, there are still parents that are resistant to having their children immunized. Still, researchers keep testing, and they continue to show that there is no association between vaccines and autism. Today, we share yet another. 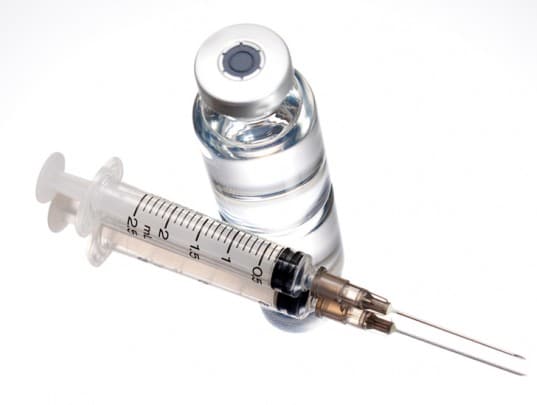 Most research shows that genes are strongly involved in the risk of autism, which now occurs in about 1 out of every 68 children. Some studies even suggest that DNA flaws can cause autism to arise randomly. But the fears about the vaccine link continue to influence the percentage of parents refusing to vaccinate their children or choosing to vaccinate them on a delayed schedule. This is an extremely dangerous game, often seen in massive outbreaks, such as the one that started in California where hundreds of people in the United States were infected. The CDC stated that unvaccinated people were the source of that outbreak.

The scare over vaccines started around 15-20 years ago when one study suggested that the measles, mumps, and rubella vaccination (MMR) might be responsible for autism. However, this study was discredited by the medical community, and since then, no such link has been found. This is true, even when you’re looking at children who are already at a higher risk for autism, as highlighted by the most recent study, conducted by The Lewin Group.

The authors on the study looked at 95,000 born between 2001 and 2007. These children all had an older sibling on the autism spectrum. This made them more likely to have autism (7 percent of them did), and less likely to receive their MMR vaccine.

“Their vaccination rates were about 10 percent less than kids with unaffected siblings,” Dr. Anjali Jain of The Lewin Group, a health consulting group in Falls Church, Virginia, who led the study, told NBC News.

But the risk of autism was less than one percent in vaccinated kids, whether they had an older sibling with autism or not.

“These findings indicate no harmful association between MMR vaccine receipt and ASD (autism spectrum disorder) even among children already at higher risk for ASD,” the team concluded.