Steven and Roger Ham never planned to adopt 14 children. It just kind of happened…one heartfelt step at a time. But now, with trips requiring the use of a 15-passenger van, four loads of laundry each day and a grocery bill that comes out to about $1,500,  Steven and Roger wouldn’t want their family any other way. 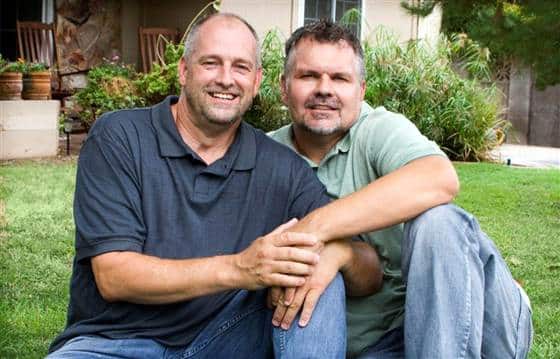 “It was never our intent to adopt 14 children,” Steven Ham told TODAY.com of the parenting journey that he and Roger started a decade ago.

It all started with a dream – the dream of adopting a baby to bring into their home. Steve and Roger talked about that baby excitedly for some time. But then, when Child Protective Services called the couple to meet 5-year-old Michael back in 2003, everything changed.

As Steven and Roger visited with little Michael, their hearts broke as little Michael confided in them. He told them about how he’d been beaten up because he was the littlest. Right then and there, they knew they couldn’t leave without that little boy.

“He’s been with us ever since,” Steven said.

The couple would have been happy with just Michael, but shortly after adopting him, Michael revealed just how worried he was about his younger siblings – siblings that he’d helped feed and clothe until they were separated by the foster care system.

Michael’s devotion to his family inspired Steven and Roger. So much so that they made a call to CPS. Not long after, 4-year-old Elizabeth and 3-year-old Andrew joined the family. And it was a reunion that the couple won’t soon forget.

“Tears were rolling down these kids’ faces,” Steven said. “What child at three, four and five has tears of joy?”

After adopting Elizabeth and Andrew, the couple learned of two more siblings – 2-year-old twins, Jackson and Madison. Again, Steven and Roger couldn’t ignore the pleas of the children who simply wanted to be reunited with their family. So, by 2004, the family went from five members to seven members.

In 2006, Steven became a stay-at-home dad. Fully in the groove of fatherhood, he and Roger were ready to return to their original dreams of raising a baby. And they held to that dream, despite being told by CPS that they probably wouldn’t be selected for the care of an infant in the state of Arizona because they are gay.

Persistence finally paid off when CPS contacted the couple to ask if they’d be willing to foster an infant. After five months of pouring “heart and soul” into the care of this little boy, he was returned to his mother. It’s an experience that Steven says still brings tears to his eyes. But just three days later, they were given a new bundle of joy: little Marcus, who, at the time, was just 15-months old. And he came to stay.

“He was the cutest kid you could imagine,” Steven said.

Just two weeks after Marcus came to stay with them, the family was faced with yet another decision, and this one had to be made quickly. Vanessa, an 11-year-old cousin of Michael and his siblings, had just been kicked out of her home by her aunt. In the end, the decision wasn’t really all that difficult.

According to Steven, Roger told him at the time, “We built our family on the value that family is family.” 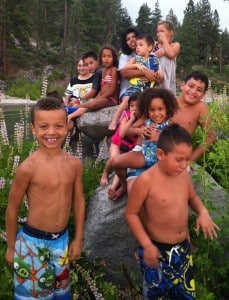 And so Vanessa came to stay. Meanwhile, Steven and Roger kept their doors open for foster children in emergency situations. Many of the children came and went, but some of them also ended up becoming a part of the Ham family – Cooper, the 6-month-old baby they had brought home in 2008 after he’d been abandoned behind a Walmart, and his little sister, Olivia, who had been abandoned at a hospital.

Then came 10-month-old Ambrose, Steven’s “shining star,” who came to stay with them on Halloween. Though her time with them was shortly interrupted after she’d gone home to live with her mother, Ambrose continued to visit, and then came to stay permanently when she was 3-years-old, when Ambrose’s mother asked the couple if they would take her permanently.

Then, in 2009, the couple adopted Logan, a 4-year-old boy from Washington with an ear deformity, and his sister, Isabel when they learned that the state had decided to separate them. The family now included a total of 14 members!

And it seemed that they were – they had closed their foster-care license, and hadn’t adopted anymore children for a few years. But in January of last year, a local news story quickly changed their minds.

A teacher had reported finding bruises on a 4-year-old girl already in foster care. Charges were brought against the foster parents, and the girl and her brother were brought back in and placed with another foster family. That wasn’t necessarily what had caught their attention, however. It was the fact that the children looked a lot like Ambrose’s half-siblings.

One call to CPS confirmed the couple’s hunch, and without a second thought, they called a family meeting to make the joint decision of whether or not to adopt yet two more children. It was a unanimous and excited, “Yes!”

And without further ado, the family welcomed in Julian and Bella home. It is a home that each and every one of the children know as a place where structure and stability are provided. Each of them complete a household chore, and they all attend an extracurricular activity. But there is one thing that they don’t do.

“I don’t have them babysit,” Steven said. “Their job is to be a kid. My job is to make sure they have what they need. That they have the skills to be a successful adult.”

“When you walk into their home, you wouldn’t know there are 14 kids living there,” the caseworker told TODAY. “It’s clean and orderly…Their hearts are amazing. They will fight all day to get what they need for their kids.”