With ever increasing cases of children being left in hot cars, many States are coming up with specific laws that address the issue. But Arizona that has the nation’s highest rate of death rates of children is yet to be among the 19 states that are bringing in these laws. 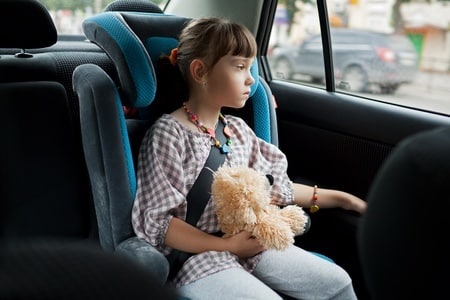 Between 1998 and 2013, the San Francisco State University Department of Geosciences noted that 26 children died in Arizona inside vehicles because of heat stroke. Only the more populated states of Texas, Florida and California had more deaths in that period.

This year there have been no deaths in Arizona while overall 17 children have died all across the country after they were left in the car. But in 2013 there were two deaths.

There is growing concern about the issue of leaving children behind while parents or adults are busy with running errands or heading to work. The national advocacy group kidsandcars.org has launched a White House petition asking Obama administration to authorize the U.S. Department of Transportation to research and develop technology that would help parents remember when a child is in a rear car seat.

They are also asking the federal government to install technology to all cars or car seats so that some warning is given when a child is left in a car seat.

“You get a warning if you don’t buckle your seat belt, leave a car door open, your gas is low or you leave your headlights on,” said group President Janette Fennell in a news release. “If a child is left behind, you absolutely need a warning.”

Arizona currently has a law covering child abuse and neglect and legal experts in Phoenix say it is covering the issue of children being left in cars too. But many including Rep. John Kavanagh, a Republican from Fountain Hills believe that a separate law will help highlight the issue.

Kavanagh supported a bill this year which would have made it a misdemeanor for a child under age 10 to be left in a vehicle if the conditions present a health or safety risk or if the keys are left in the vehicle.

The bill never got a hearing and a similar bill in 2007 also had the similar fate.

Kavanagh, a former law-enforcement officer, said, “By making it part of statute, it sends a clear warning for those who have children in a motor vehicle that this is dangerous and if you do it you will face criminal charges even if your child is not injured.”

There are similar laws in place in other states as well that keeps age restriction of children between 6 and 16.

Criminal defense attorney Russ Richelsoph who has handled clients facing charges for leaving children in cars however does not feel a separate law is necessary.

He said in cases where children are uninjured the adults are usually charged with misdemeanor child endangerment.

“Do we need a statute that specifically addresses idiots leaving kids in hot cars? Probably not,” he said.

In a recent case Shanesha Taylor left her 6 month old and two year old in a car in Arizona with the windows cracked and fan blowing while she was in a job interview. The children were in the car for 45 minutes but were uninjured. Taylor initially faced felony child-abuse charges but reached an agreement, announced Friday, that includes attending parenting classes and no criminal charges.

This year Tennessee is the first state to address the issue in its own way. A law that went into effect this month allows someone to break into a car to get a trapped child if they believe the child is in imminent danger. They must first call 911.

Rep. David Hawk, a Republican who was a sponsor of the bill said that he hopes other state follow the same model for a law in their state.

Richelsoph said that the Arizona statute establishing a “necessity defense” allows for this.

It essentially says an action could be justified if a reasonable person would conclude there is no alternative and the benefit outweighs the potential crime being committed.

He adds that a 911 call should be made before this.