Just a short decade or so ago, we assumed that babies knew very little when they emerged from the womb. We also assumed that they didn’t really have a choice over what they learned; they just gathered and processed whatever information came their way. But as science and technology advance, it’s becoming rather clear that we knew very little about how and when babies learn. 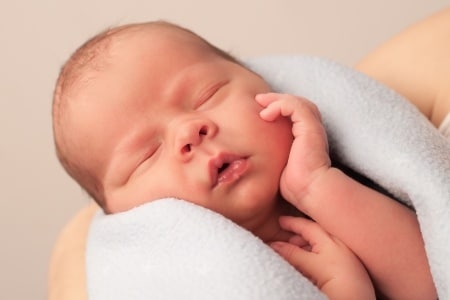 Angela Saini and her son are a part of that advancement in understanding. She recently took her son to the London Babylab, a special place at the UCL’s cognitive development research center. Here, researchers have created a baby-friendly environment so that they can try and decipher how infants perceive the world around them.

“The tests aren’t uncomfortable, and are supposed to be fun,” Angela wrote in The Guardian. “They’re also a rare chance for me to peer inside my baby’s mind. Scientists have him, a healthy 15-week-old, look at shapes and cartoon characters while they track his gaze and brain responses. Cradled in my lap, he watches the screen, and thinks.”

The London Babylab is well known for their work. In fact, they’re one of the very few places in the world that will routinely work with infants – infants as young as just days or weeks old. The study that Angela’s son is currently participating in will hopefully help them compare the brains of healthy babies and babies that may have suffered damage from a lack of oxygen at birth.

“We want to see if we can spot any early behaviors that suggest a baby will have problems in later life,” Patai said. “The idea is that you can show two types of stimuli, in this case, different sounds and images on a screen – one that appears frequently, the other infrequently – and then look at how they respond. There should be a significant difference between the two responses, even in young babies.”

The hope for this study is based on countless other studies that have challenged the way we think about newborns. Laura Schulz, an associate professor of cognitive sciences at the Massachusetts Institute of Technology, says that there’s been an “infant revolution” of sorts in science.

“Babies know much more about the world than we previously believed,” Schulz told The Guardian. “They have a lot of prior knowledge, right from birth. They’re very sophisticated learners.”

In fact, babies aren’t randomly engaging with the world around them, Michelle De Haan, a developmental cognitive neuroscientist at UCL, explained.

“Until recently, babies weren’t thought to be active choosers of information. We now know that’s not true,” she told The Guardian.

Another study took a looked at rational action. Conducted in 1997, the Hungarian study showed babies an animation of a circle jumping over a rectangle block. When the block was taken away, babies were more surprised when the circle moved straight through where the block had been than when it continued to jump in the rectangle’s absence.

One study from the University of California, Berkeley, suggested that infants may be able to reason probabilities. Published this year, the study presented babies a box filled with colored balls, almost all of them being pink. A few of them were yellow. Babies stared longer when someone removed yellow balls from the box, which suggested that the babies knew to expect more pink balls, and they were surprised when that wasn’t what happened.

So what does all this tell us, and why are we so interested?

For one, it answers some age-old questions about brain development itself. According to De Haan, scientists have been split over whether our brains developed over time, or if they arrived into the world the way they are.

“We know that the adult brain is divided into separate functions, with different regions for different thing,” De Haan said. “But there is still a controversy about how this happens.”

The new information goes beyond just telling us that humans are move developed at birth than previously thought. It’s helping us to better gauge when something may be amiss at an early age. It may even help us pin down when certain developmental delays take place. For example, one study from Birkbeck and the University of Padula indicates that autism is likely present before birth because day old babies were able to tell the difference between social and non-social interactions.

Unfortunately, while we can learn from all this information, we have to be careful of what we believe. Since babies can’t fully communicate, and there’s only so much you can tell from an MRI or an EEG. Because of this, some of the studies will be open to interpretation.

For example, a baby may stare at an object longer because they have a deep understanding of physics, or they may simply be staring because the object is more interesting than anything they’ve ever seen before, Gert Westermann, a professor of psychology at Lancaster University, who studies children up to 18 months old, says.

“It’s a contentious issue,” he told The Guardian. “Researchers are ascribing ever more spectacular qualities to infants. Everybody likes to hear that infants can do great things. But when you run these kinds of studies, there are different ways to interpret them.”

Yet, despite this probably well-known fact, baby studies continue to flood newspapers, news channels and medical journals. And that may not ever change – not just because people are interested in hearing them, but because it’s possible that even you and I are interested in knowing exactly what our babies are thinking.