Home » Baby Arrives While Dad Is Pulled Over For Speeding

It was probably not what this family had in their birth plan, but their baby’s delivery will make an entertaining story for years to come! 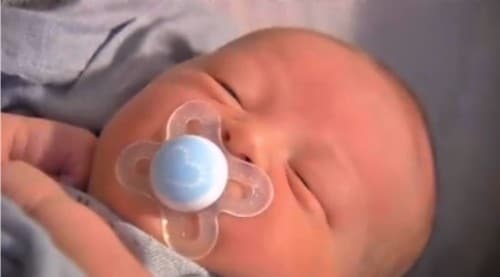 In a hurry to get his labouring wife to the hospital, Tyler Rathjen was flying through Williamsburg, IA when he heard lights and sirens.

Just two blocks from the hospital, his baby likely wouldn’t have made it anyway because his head and arms were all ready on their way out as officer Kevin Wolfe approached the vehicle.

Unaware of what he was about to come upon, the officer sprang into action and grabbed blankets to cover the mom and to wrap the  baby in.

Baby Owen was born at the corner of Jefferson and Gilbert Streets shortly after 10 p.m. He weighed 7 pounds 12 ounces and is doing very well his parents say.  Ashley says her little guy arrived just 30 minutes after her water broke. 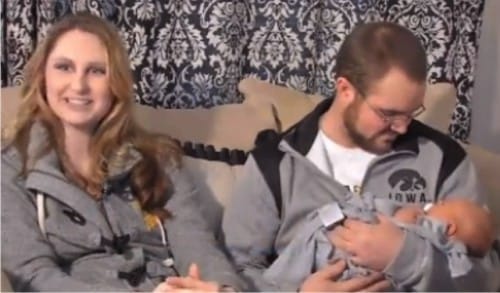 Owen is the couple’s third boy.  Their oldest son summed it up for friends saying, ‘Baby Owen was born in a car and mommy and daddy got arrested’

Not completely the case, but a fun story to tell anyway!