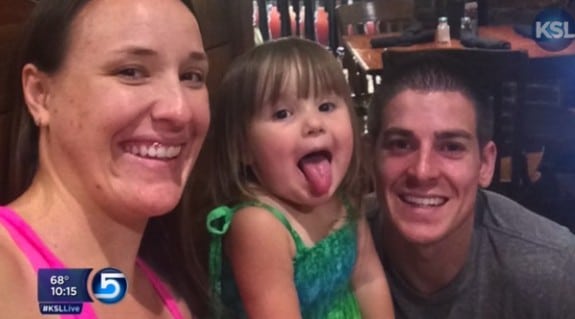 “At 1:20 a.m., the doctor came over, looked at me and said, ‘Keep your legs closed. Don’t push because we are not porting for another 14 hours,” Emily told KSL.com. “And I said, ‘I am pushing because this baby is coming, I know!’”

Half an hour later, that baby did come. But he was so tiny and seemed so frail that no one expected him to live until the ship could make it to land. Still, the medical team helped Emily keep baby Haiden covered and warm through the night. And the next morning, Emily received a call from the ship’s captain, letting her know they would be porting in San Juan two hours earlier than expected. 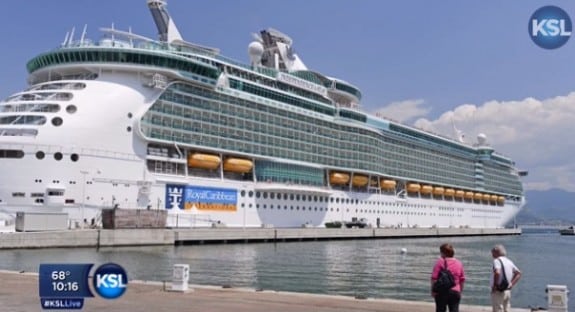 The Morgans spent three days in Puerto Rico making phone calls. Finally, they were able to set up a medical transport jet to a Miami hospital. Haiden will continue treatment there until his condition stabilizes; doctors predict about a month. From there, his family hopes to return to their home in Utah where Haiden can continue treatment at Primary Children’s Hospital until December, the month of his due date. 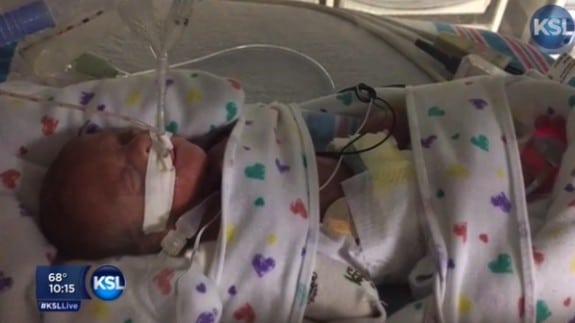 “His feet are 2 inches long and his hands are about an inch and a half,” Emily said of her one pound, eight ounce baby boy. “His body length is about 13 inches, so he’s very, very small.” 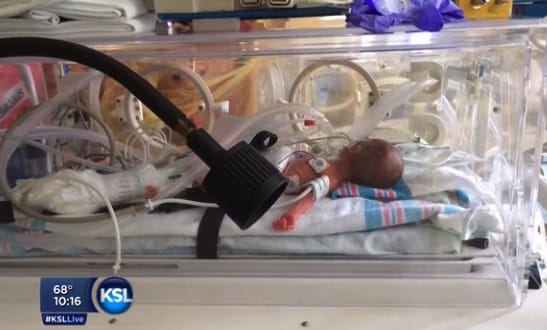 Haiden is so small, in fact, that doctors and nurses are calling him a “micro-preemie.” But his lungs appear to be fully developed, and his prognosis is good.

“On a daily basis they tell us he’s a miracle baby and that he wants to be here,” Emily said, adding that the family is really grateful for all the help they received from Royal Caribbean. 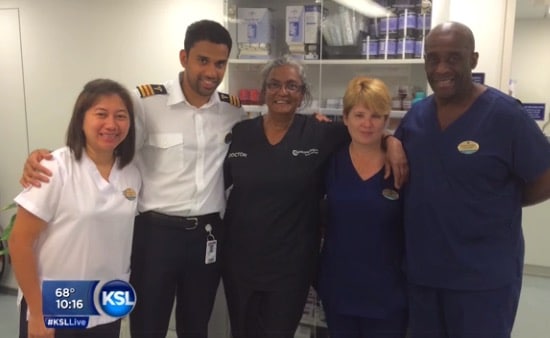 They have been on several cruises before, but husband Chase says this one stands out from the rest.

To help with expenses, the family has set up a GoFundMe account. There is also an account open at America First Credit Union under “Haiden’s Medical Journey.”