Scientists have been trying to create sperm in a laboratory setting or two decades now; a French team claims it has finally been done. If the claims are true, the breakthrough could eventually provide infertile men, and those made sterile by chemotherapy, the chance to have their own biological children. 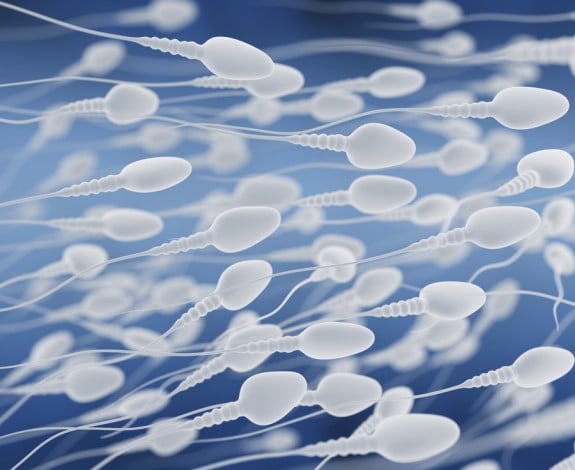 Led by Philippe Durand, scientific director of a biotechnology start-up called Kallistem, the team claims to have produced mature human sperm from immature germ cells taken from the testes of six men. Made in an artificial “bioreactor,” the sperm allegedly looks identical to those that are naturally produced. The scientists say that, within the next four years, this technology could be made available to the public.

“We have completed spermatogenesis, the production of mature sperm cells, in vitro using a bioreactor. We have done it in three different species—rat, monkey, and human—which has never been done before,” Durand told the Independent. “We have produced a meaningful amount of mature sperm that could be of use clinically,” he said. “The mature sperm were made by taking small biopsies from the testes of men and culturing these cells in the bioreactor until they developed into fully mature sperm which look identical to those produced naturally in the testes of men.”

Durand was reluctant to speak any further on the breakthrough, however, citing the pending publication of their work as the reason. This has other scientists doubting the validity of their research; they say that, until the research has been published in a peer-reviewed medical journal, it is impossible for their findings to be verified and validated.

“It’s a bold claim to make and, until I am able to see the published research, I’m deeply skeptical,” Allan Pacey, professor of the andrology at Sheffield University, told the Independent. “If they have a scientific paper in press, why not wait until it’s published before going public? The picture of the sperm they have published is not convincing. It doesn’t look like a mature sperm to me, but an elongated cell. The only decent thing for science and the public is for them to show us all the evidence.”

Part of that skepticism is likely due to the massive issues experienced by other scientists when trying to create sperm in vitro, but there is another side to it as well: back in 2009, another set of scientists claimed to have made human sperm cells in a lab. Shortly after, their study was retracted due to doubts about the study’s authenticity and accusations of plagiarism. The claims were ultimately left unverified.

Still, it is pretty amazing to think that there may soon be an option for men that are either infertile or have been left sterile because of cancer treatment. After all, men do make up approximately half of all infertility issues among couples. We’re sure many of them (and their partners) would love to have the chance to have a child that is, biologically, completely their own.