As conflict and bombing continued in Ukraine’s capital of Kyiv, a baby was delivered in a subway as residents of the city took shelter.

When police nearby heard the 23-year-old woman’s screams they rushed to assist with the delivery. Baby Mia arrived just before 8:30 pm on Friday night. A picture posted on Twitter showed her wrapped in blankets holding her mom’s hand. 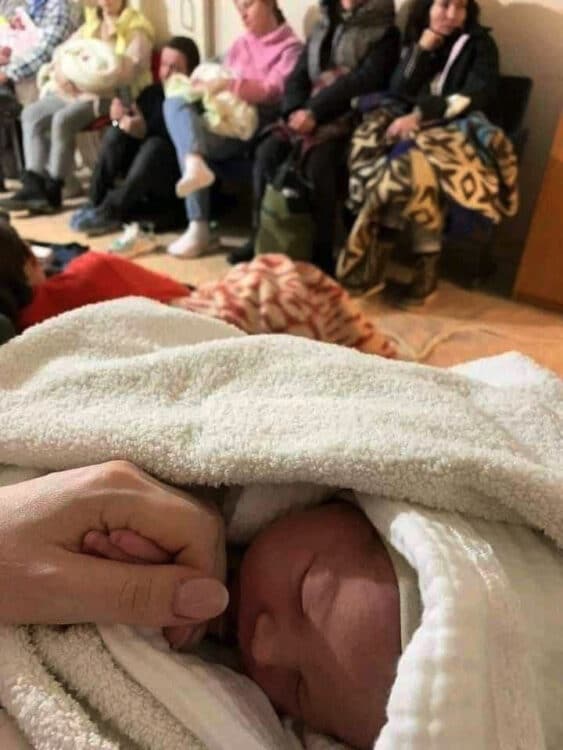 VIA Verkhovna Rada of Ukraine

A short time later the pair were transferred to a local hospital.

The baby’s birth was revealed by Chairwoman of Democracy in Action Conference Hannah Hopko.

“Mia was born in shelter this night in stressful environment- bombing of Kyiv”, she said. “Her mom is happy after this challenging birth-giving. When Putin kills Ukrainians we call mothers of Russia and Belarus to protest against Russia war in Ukraine . We defend lives and humanity.”

Two hours ago, a woman gave birth in the #Kyiv subway. This news is what gives us hope! pic.twitter.com/tnxCSnaERO

As of this morning it had been reported that 6 babies were delivered in Ukraine’s bomb shelters since Russia’s full-scale invasion began on Feb. 24. Along with Mia, Twins were born on Feb. 27 in Kyiv along with three other babies.