When giving birth, it can turn into a zoo, with all of the people coming in and out of your room. But what about literally giving birth in a zoo? That was the case for Kymica Hubbard, 24, of Nebraska. Hubbard and her husband, Justin, 27, were visiting Omaha’s Henry Doorly Zoo and Aquarium on Sunday, and were riding the zoo train when she began to feel contractions.

However, because she was not due until mid-May, Justin thought she was exaggerating. Kymica told the Associated Press, “I was having contractions and it was getting closer and closer together and I was telling my husband, ‘OK, it’s time to get off the (zoo) train and let’s go to the emergency room’,’ but he kept telling me I’m over-exaggerating.

But Kymica knew her body and their baby was not planning to wait.   Just two minutes after her water broke, the mom-to-be could feel the baby’s head and told Justin to act fast. He caught their newborn child, a little girl named Drea, in a sweater. 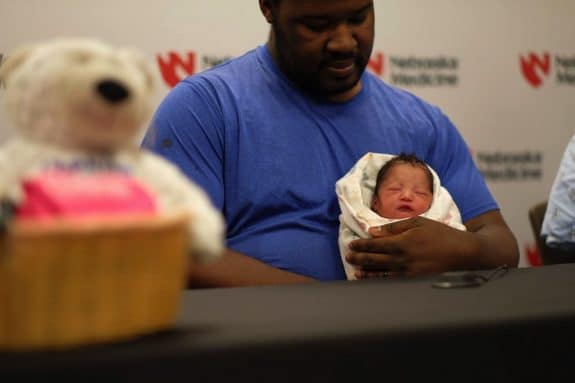 According to the Associated Press, Justin said, “She was crying. You know, cooing, And it was just the most beautiful thing that a man can ever see. I mean, it was a truly blessed experience. It was a crazy experience. I mean, I wouldn’t trade it for the world.” 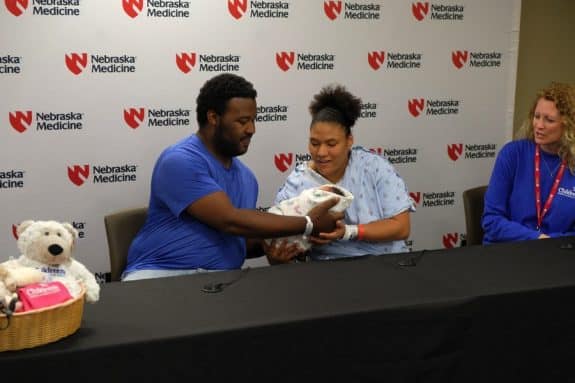 The little girl was born weighing 5 pounds, 5 ounces, and has lovingly been given the nickname “Pooh Bear” by her parents. Kymica was shocked and surprised by the experience, saying, “I never thought I’d be having a baby in a public place.” According to Justin, the family will be returning to the zoo to celebrate little Drea’s future birthdays.