Home » Study Finds Lead, Arsenic, and Other Dangerous Contaminants in Most Commercially Made Baby Foods and Formulas

Lead, arsenic, and BPA aren’t the sort of ingredients that parents want or expect to find listed on the package of their child’s favorite snack food item, but these toxins may be present, nonetheless. That is the message that the Clean Label Project is hoping parents will hear. 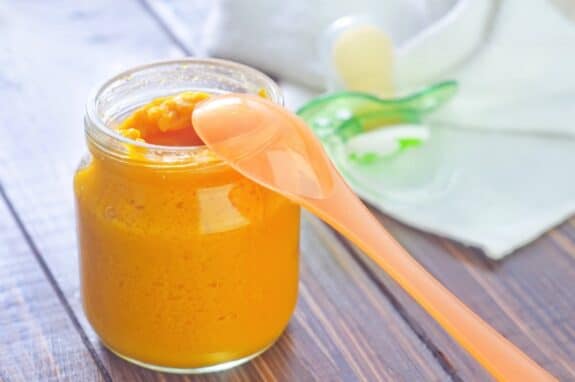 The nonprofit organization, which advocates for transparent package labeling, recently tested a total of 530 different baby foods, drinks, snacks, and formulas. The results were alarming.

These chemicals have been linked to a host of health complications, including developmental defects, cancer, cardiovascular disease, and more. Infants are, of course, more susceptible to the possible risks, which is why the presence of these toxins is so concerning.

“The baby industry needs to do a better job in protecting America’s most vulnerable population,” Jaclyn Bowen, executive director of the Clean Label Project and a food safety scientist told USA Today.

And it wasn’t just heavy metals that were found either. In fact, 60 percent of the products claiming to be “BPA-free” ended up testing positive for the industrial chemical bisphenol A. Though still allowed in most commercially made products, some states have sought to ban the item altogether, and its use in sippy cups, baby bottles, and formula packaging has already been banned. As such, it should only make sense that all baby items should be BPA-free.

Of the brands tested, Gerber, Enfamil, Plum Organics, and Sprout were found to be some of the worst offenders. However, when news sources reached out to the companies for a statement on Clean Label Project’s findings, all stated that their products were “safe” and carefully monitored for harmful contaminants. Some even went so far as to say that they either met or exceeded the FDA’s guidelines for quality and safety.

Sadly, the results say otherwise, and parents are left to sort out the mess.