A mom in the northern city of Haifa was arrested for false imprisonment, neglect, and abuse after Police discovered a baby locked inside a metal cage during a drug search in an apartment building. 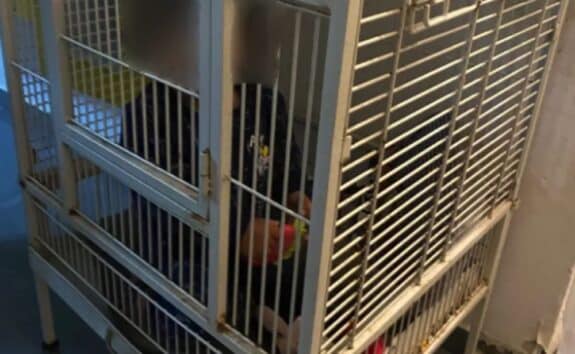 In a statement, detectives said they were “shocked” to find the 1-year-old boy in the enclosure, with only a pillow and a bottle. The baby’s five other siblings were also located in the apartment.

The 35-year-old mother was not present when authorities arrived at the home on Sunday evening. She was arrested shortly after and municipal welfare officers were dispatched to the home to take care of the child and his siblings.

“This is one of the most serious and difficult cases I’ve come across,” Police Corporal Yossi Atias said, according to TPS. “The police in cooperation with welfare officials of the Haifa municipality carried out an emergency operation with immediate concern for the other children of the family who were there. We take seriously any harm to the helpless and will work hard to handle the case.”

The whereabouts of the children’s father were not immediately clear.

Police also arrested two men, aged 22 and 27, in a different apartment inside the same building after finding substances suspected to be crystal meth and hashish in commercial quantities.