Baby Zoe was placed at the top of the European heart transplant list after suffering six heart attacks and now she has a doner. 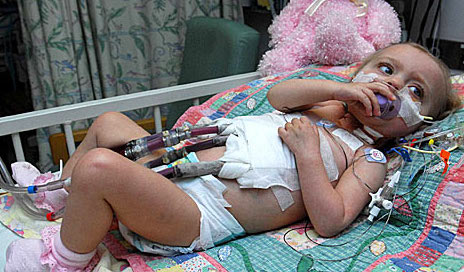 A hospital spokeswoman said the transplant had gone quite well and Zoe was in a stable condition.

“We thank the donor family for thinking about another child during their sad time,” she added.

The hospital said it would not be releasing details of the donor family.

Doctors said that Zoe, who was born with a heart valve which was too narrow, had only weeks to live unless she had a transplant.

A heart became available last week but it was decided it was too large.

Her situation was so desperate, she was put at the top of a European waiting list for a donor last weekend.

Paediatric intensive care consultant at Newcastle Freeman hospital Yam Thiru said at the time: “We are becoming more and more desperate for an organ to become available for her.”

Before the operation, her 33-year-old mother said: “She is desperate. She keeps getting infection after infection. 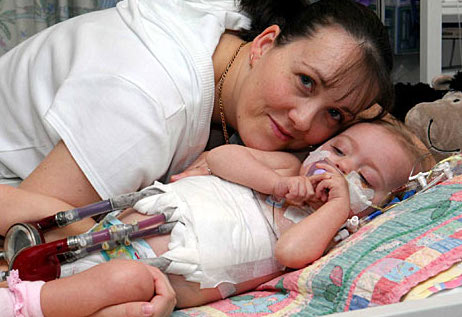 “She needs a transplant as soon as possible to give her the best chance.”

It was unclear where the donor heart came from, but before the transplant hospital officials said Zoe’s case was so serious that if a suitable organ was found anywhere in Europe it would be flown to Newcastle by private jet.

Zoe has been kept alive by an artificial heart and needed a transplant as soon as possible or she would have died.

Her age and size made the task of finding a suitable donor organ extremely difficult.

Her parents, knew their daughter’s only hope was for another child to die and bring heartbreak to another family.

Hearts from donors up to five years old were being considered suitable for transplant surgery as long as they were a good enough tissue match.