A popular way for parents to bond with their baby while pregnant is to play their favorite music to them through the womb.  Playing music to babies early on in their lives has been linked to brain development and better sleep, but does it have an affect on a baby’s development while they are womb?  Often done by just strapping a pair of headphones to your belly, babies are believed to respond to music their parents played for them when they were in the womb and even get excited or sleepy when they hear a familiar song.

Researchers know that after 16 weeks, babies can hear a variety of muffled sounds such as your heart beating, you breathing and your voice.  But those sounds, are only believed to be a whisper as the baby is protected by layers of tissue that reduce the intensity of sound and distort it in its journey to the uterus. 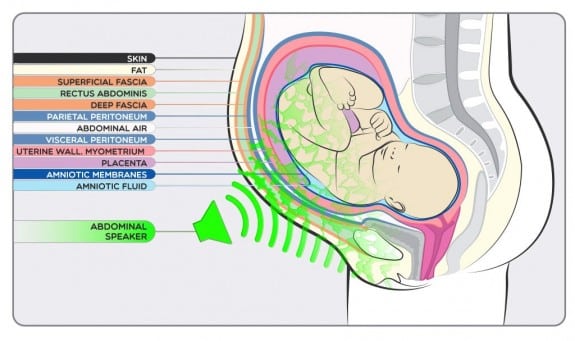 So is playing music through the womb the best way for your unborn baby to experience it?  One company says no.  And that is why they have created the Babypod, a speaker that moms-to-be insert into their vagina.

On their site they explain their technology a little better saying,

“The vagina is a closed space, so sound is not dispersed in the environment. In addition, there are less soft tissue layers separating the baby from the sound target, only the vaginal and uterine walls. By placing a speaker inside the vagina, we overcome the barrier formed by the abdominal wall and the baby can hear sounds with almost as much intensity and clarity as when emitted.” 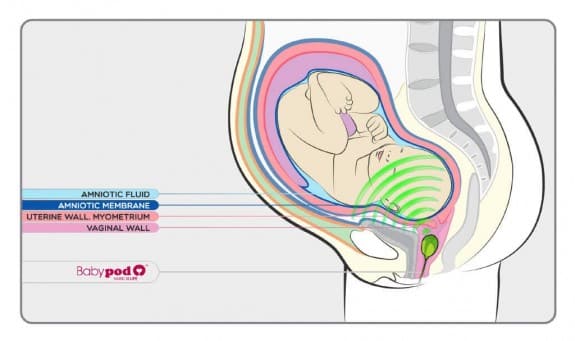 During one of their studies they found that babies who were played music over the mother’s abdomen through a headset with the volume set at 98.6 decibels, which is equivalent to the sound of a lawn mower showed no reaction to the music

When played music with Babypod, at 54 decibels, equivalent to the volume of a conversation, babies can be stimulated.  Studies are still ongoing as to what affect their system has on a developing baby.

The company notes, however, that their product is safe. 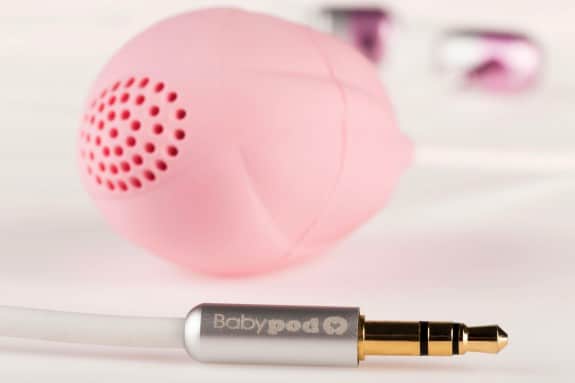 But the big question is whether new moms will go that extra mile and insert the speaker into their vagina to expose their baby to new sounds early?