Home » Behavior Goals of Parents Linked to Method of Treatment 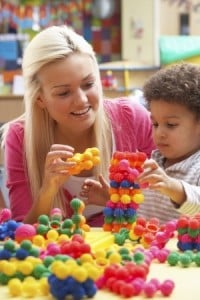 According to the Centers for Disease Control and Prevention, parent report suggests that about one in 10 children are diagnosed with ADHD. Of those children, about two-thirds are taking some form of medication to treat their condition. But there is another treatment option: behavioral therapy.

Guidelines from the American Academy of Pediatrics says that “family preference is essential in determining the treatment plan” for a child diagnosed with ADHD. However, those preferences aren’t always discussed in the doctor’s office.

“There are barriers in real-world settings,” Dr. Alexander Fiks from the Children’s Hospital of Pennsylvania in Philadelphia told Reuters Health. “It takes time, people are busy.”

But a new study, conducted by Fiks and his colleagues, suggests that, whether or not a parent’s preferences are discussed, they do impact the treatment option chosen.

Parents and guardians of 148 children diagnosed with ADHD were surveyed about their goals for treatment and the acceptability, feasibility and side effects that they associated with different treatment options. None of the 6 to 12 year-old children were doing a combination of both behavior therapy and medication during the start of the study. However, some of them were using one or the other.

In six months, parents were surveyed again about the type of treatment their children were receiving. Of the 108 children not initially using medication, 46 had begun to use them. Of the 124 not initially participating in behavior therapy, 30 had started.

Interestingly enough, the initial surveys seemed to line up rather well with the treatment plan decided upon. For example, parents who had initially agreed with statements like “Medication is a reasonable way to help my child” and “I would have trust in my doctor to treat my child’s ADHD with medicine” were more likely to choose medication. In contrast, parents who agreed with similar statements regarding behavioral therapy were more likely to take their child to a counselor before the six months had ended.

What was interesting, however, was how the overall treatment goals aligned with what the families seemed most concerned about. Parents who were most focused on their child’s academic performance were more likely to choose medication while those that were most concerned about improved behavior and interpersonal relationships were 60 percent more likely to opt for behavioral therapy.

“Studies like this really suggest that taking a shared decision-making approach may be one way to match the kids for whom (treatment) is warranted to the best treatment,” Fiks said in the study, which was published in the journal, Pediatrics. “For parents, the real thing is to ask pediatricians to really explain the pluses and minuses of all of the different options, and to make sure they can articulate what they’re really most hoping to achieve.”

“I think this particular study speaks to the need to spend a little bit more time getting to know families…their own hopes and wishes for what is going to improve and preferences for how to go about making those benefits happen,” Dr. Alice Charach, head of neuropsychiatry at The Hospital for Sick Children in Toronto, who was not involved in the study, told Reuters. “It’s helpful to have thought about what you hope to get out of the appointment and what your goals are for the child.”

Charach also suggested that parents involve the child in the decision making process once they reach the age of about 9 or 10.

Dr. Laurel Leslie, who has studied treatment of ADHD at the Tufts University School of Medicine in Boston, says that the current research is consistent with the current scientific data. However, she also gave a word of caution to parents who are forgoing behavior therapy altogether.

“What we do know is, a lot of the medications last under eight hours,” Leslie, who was not involved in the study told Reuters Health. “So if you’re taking medication, it’s probably only working during school time.”

On the other hand, behavioral therapy can have strong, lasting effects within the family, at school, at night and on the weekends.