It was an early morning outing for “Batman v Superman: Dawn of Justice” star Ben Affleck on Thursday as stepped out with his son Samuel. 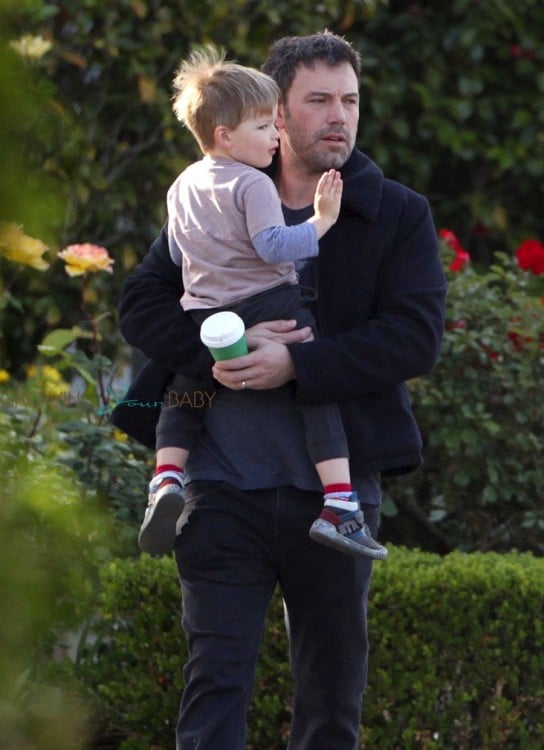 The boys were photographed getting out of Ben’s 1969 Cadillac DeVille as they headed into the restaurant for breakfast in Santa Monica, California. 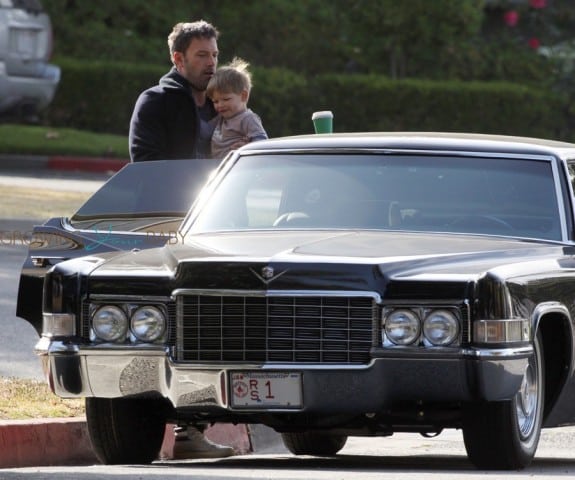 Ben may have wrapped his role as Batman in December, but last week he sent the Internet into a frenzy when he was spotted on the set of the new DC Comics film “Suicide Squad,” in Toronto doing a cameo as the caped crusader in that film.

Earlier this week Jennifer told People.com that they were gearing up for a Superhero frenzy at their house.

“Oh, there is going to be Batman mania at our house next year(when the film is released). But right now, it can go from Batman, to Iron Man, to Spider-Man, to any of them.”

“And just the general ninja,” she added, laughing. “I have a ninja at my house right now.”

Sounds about right!  What kid doesn’t want to be a ninja?