Home » Ben Affleck Does The School Run With Seraphina 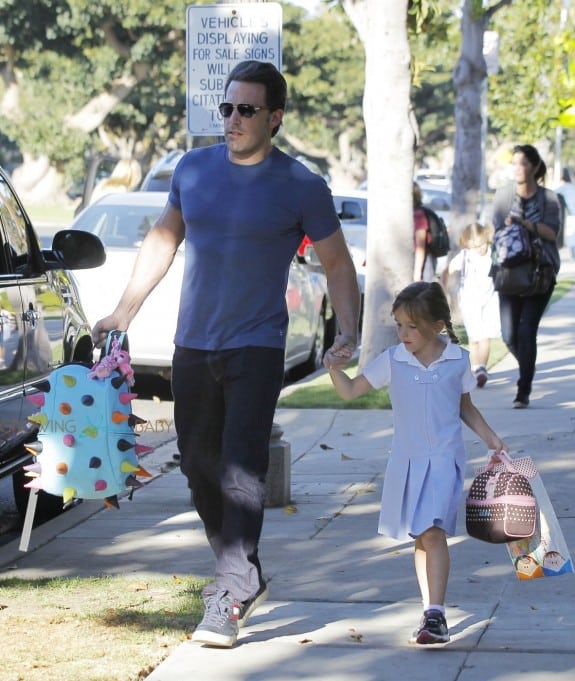 The actor, who has been busy filming Batman in Detroit, carried his little lady’s MadPax backpack while holding her hand as they headed to the car. 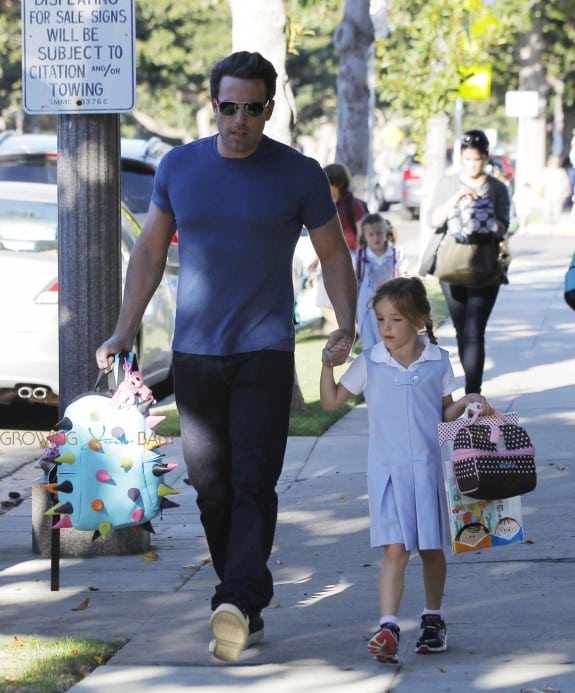 Since taking on the role of Batman Ben has really trimmed down.  Jennifer Garner, his wife, recently boasted about his transformation saying,

“He was in crazy shape for ‘The Town’. I’ve seen him kind of in every different variation, so I’ll take him however I can get him! But as long as this is the guy I’m married to, I’m kind of like, ‘Wow! That’s crazy!’ He looks insane. He’s worked really hard.” 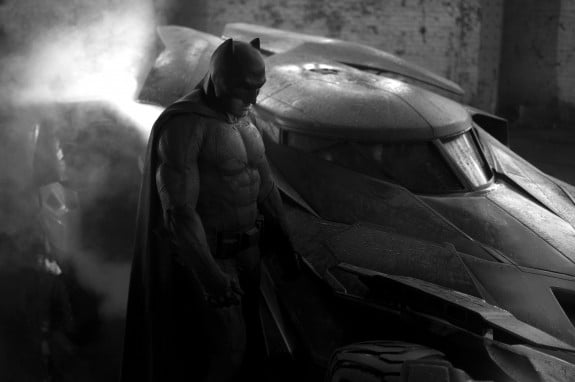 His kids however, are not so impressed by the high profile role he is currently working on.  While promoting Gone Girl Ben told Jimmy Fallon,

“Despite the fact that I’m playing Batman now, people would say, ‘Are your kids into it?’ The truth is, [they’re] not, Affleck explained. If I was doing the sequel to Frozen I would be a hero. My two older daughters could give a sh-t about Batman and they’ve now passed that affection onto my son. He’s always like, ‘Papa, can I watch Frozen?’ And I’m like, ‘No, dude, it’s not on again!”