Ben Affleck and Jennifer Garner were spotted leaving Cake Mix in West Hollywood, California with their children Violet, Seraphina, and Samuel on November 14, 2015. 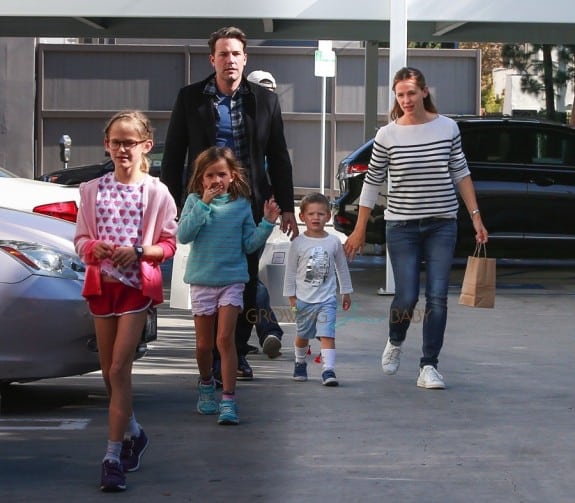 The shop, which is owned by Duff Goldman, offers little bakers a fun place to create and decorate their own cakes and cupcakes.

As they walked through to their car, the estranged couple each carried  bags full of baked goods. 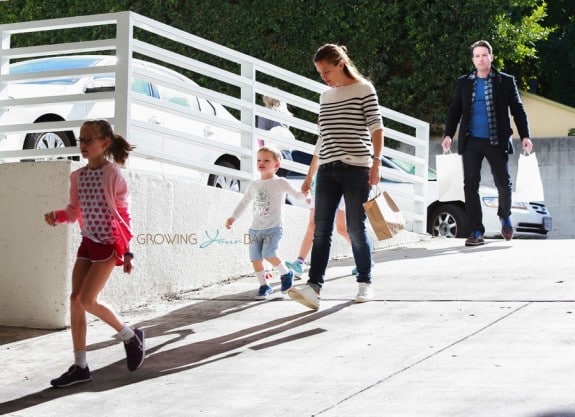 It has been a couple weeks since we have seen the family out together.  This is likely because Ben has been busy filming his new movie ‘Live By Night’ in Massachusetts & Georgia.

As director and star of the 1920s flick, Ben has been spending every waking moment on the set to ensure that the movie is done perfectly.

“He is the first to arrive in the morning, sometimes as early as 5 a.m., and the last to leave at night,” a source on the set told PEOPLE. 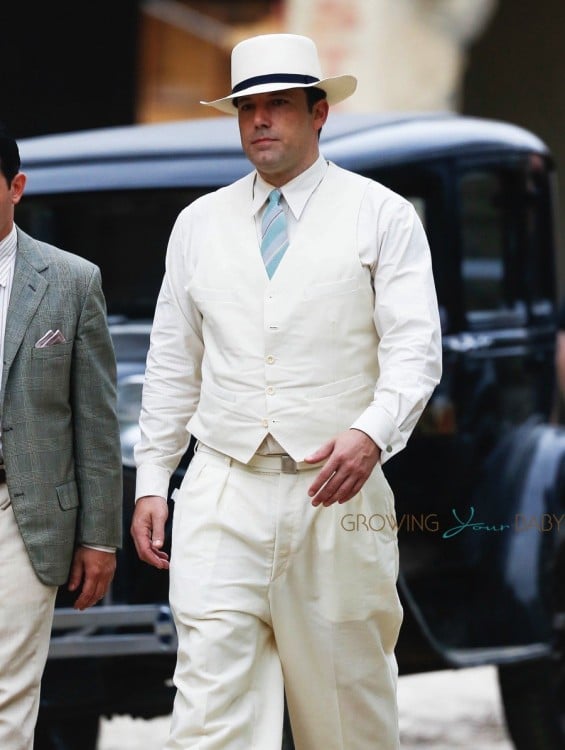 “After every shot, even the ones he is not acting in, he has to go back to base camp and go through the screen monitor to make sure it is perfect,” the source added, noting that “he has not been spotted enjoying the towns in Georgia because he simply has no free time.”

The film, which focuses on a group of individuals living in a world of crime in the Prohibition era, also stars Sienna Miller, Zöe Saldana, Elle Fanning and Chris Cooper.