Jennifer Garner and Ben Affleck were spotted doing an after school ice cream run with their daughters Seraphina and Violet on Thursday. 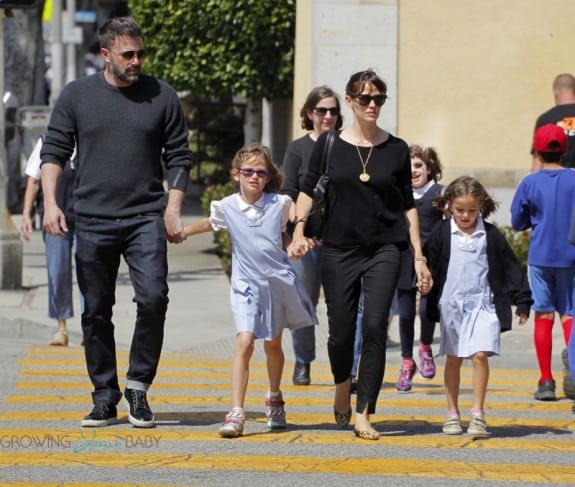 While dressed in their uniforms, the girls walked hand in hand with their parents as they strolled through Santa Monica. 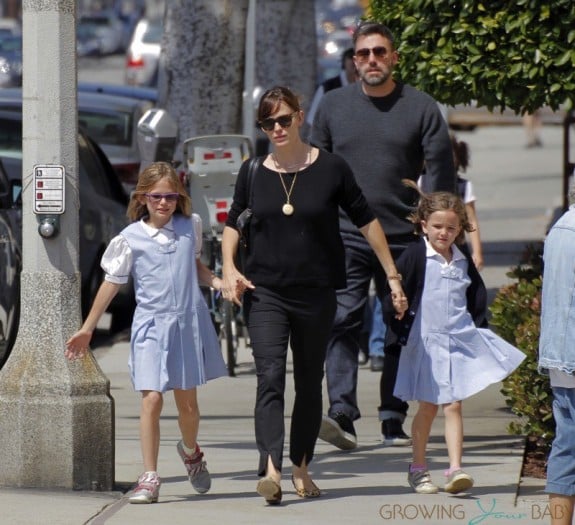 The outing comes just a day after various tabloids have alleged that Jennifer has moved out of the couple’s home, and the pair is headed for divorce.

But we don’t buy it.  On many occasions Ben has praised his wife, but he has also noted that they work hard to keep their marriage strong.  “It’s work,” Ben said during his Oscar Speech in 2014.  “but it’s the best work there is, and there’s no one else I’d rather work with.”

While that statement made many question whether their relationship was on the rocks, Jennifer came to his defense explaining,  “I know Ben, I knew he meant it as the hugest, warmest compliment in the world.  I think he was saying, ‘Look, what we have is really real and I value it above all and I’m in it with you and I know you are in it with me.’ That’s the way I took it.” 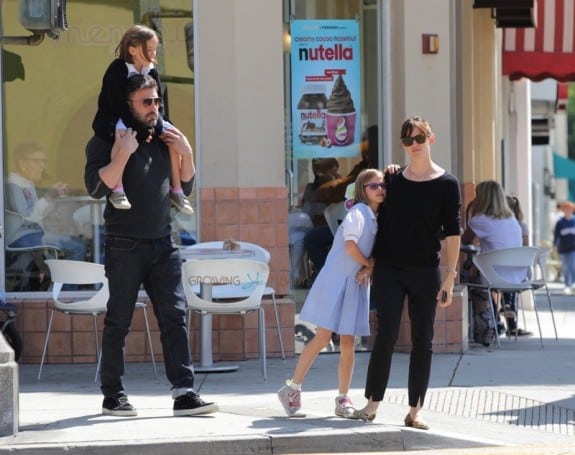 Not known for commenting on rumors, we hope this outing was Jen and Ben’s way of telling the media to cool it – ‘We’re just busy!’