Bethenny Frankel appears to be settling into life in California! The reality star was photographed over the weekend shopping at the market and hanging out with her husband Jason Hoppy and daughter Bryn. 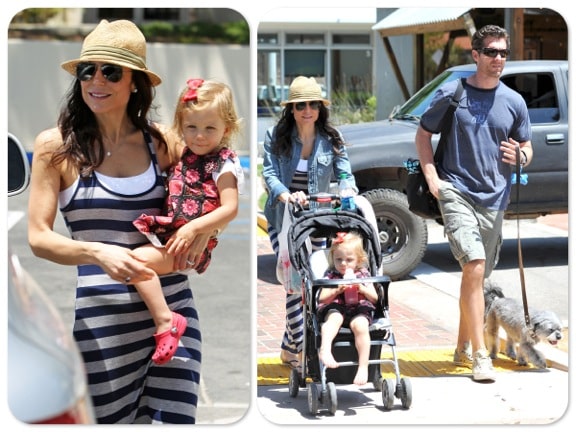 Bethenny and her family are in L.A. for the next 6 weeks while she tapes her new talk show, which is being produced by Ellen Degeneres.

Traffic aside, LA is the BEST so far. Awesome children’s classes, great weather& I have 5 days off!!! Woohoo! Grillin&chillin!

While rumors have been rampant that Jason and Bethenny are splitting, the pair looked to be happy during their sunny day out.

Working her new show Bethenny would only say,

“We’re going to talk about everything on my show! June 11 on Fox Broadcasting.”