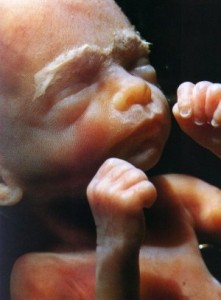 An analysis of more than 80 studies on (BPA) has found that exposure to this chemical is more widespread than previously thought. Despite measures to ban BPA from infant bottles, children may still be at risk from exposure before they were born.

Laura Vandenberg, Ph.D, found even developing countries had traces of BPA exposure in the people living there. The risks of BPA exposure have caused her to urge that precautionary efforts be taken to protect everyone’s health and welfare. Despite arguments by the chemical industry, several studies have found BPA linked to cardiovascular disease, diabetes, heart disease, obesity, and reproductive issues. Those most at risk may be ones not even born yet.

The U.S. Food and Drug Administration (FDA) has went on record to say that expose to BPA before birth poses “some concerns” with the brain, behavior, and prostate gland in fetuses, infants, and young children. Vandenberg feels that previous studies on this were done incorrectly, while many proper studies were ignored completely. The risks of BPA could be far worse than admitted by the FDA.

Many mothers have been led to believe that the worst exposure came from the BPA found in baby bottles. Unfortunately, infants still face risks from the BPA passed to them from their mothers before birth. Unconjugated BPA, what is considered the bad form of BPA, can be found in our bodies and passed to fetuses before birth. Children and developing fetuses are especially at risk to the harmful effects because of their rapid growth and immature bodies.

Vandenberg suggests that people can limit theier BPA exposure by eating fresh fruits and vegetables rather than canned ones and avoiding plastics with #7 stamped on them. Unfortunately, BPA has become so prevalent it has been found in beach sand and ocean water. – Summer, staff writer