Home » Britney Spears Arrives in Maui With Her Boys!

It looks like Britney Spears and Jason Trawick will be spending the 4th of July on a beach in Hawaii. The couple were photographed on Sunday arriving at the Kahului Airport in Maui with the singer’s boys Sean P and Jayden James. 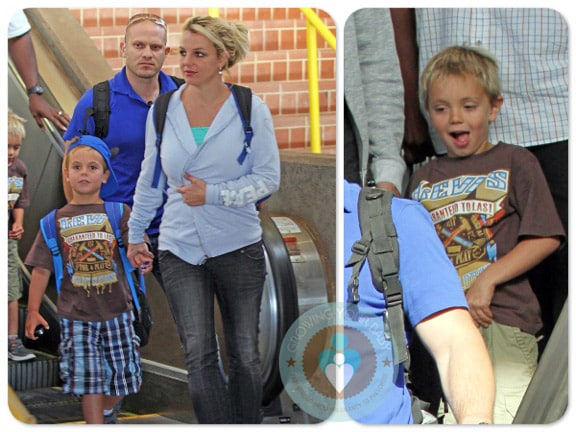 For the last few weeks Britney has been sitting in on auditions as a judge on the talent competition show X Factor. During a recent interview Simon Cowell, the shows creator, said he was surprised by how reserved she is.

“It’s quite interesting because when someone has done what she’s done as she has with her career, and being such a public person, you kind of think she is going to be very confident, but in real life she’s shy,” he says. “There’s kind of a mystique about her which I think is what kind of attracted me to her in the place.”

Britney and her fellow judges, L.A. Reid, Demi Lovato, and Simon Cowell, have been on the road since May visiting Texas, Missouri, California, and Rhode Island auditioning hopefuls for the show. They will make one more stop in North Carolina, but that won’t be until next week. The break will hopefully give the star some downtime to enjoy with her family.