Singer Britney Spears was photographed on the sidelines watching her boys, Sean and Jayden during their soccer games in Woodland Hills, California 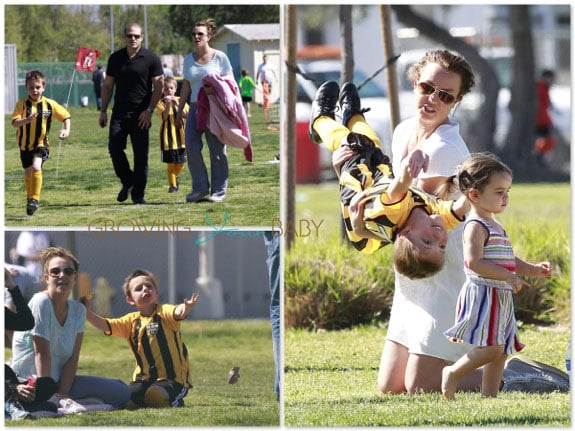 Arriving some security and a blanket, Britney sat with some of the other parents at the side of the field.

Her boys must be on different teams because she played with each one, while the other was on the field.

During his time off Jayden showed some of his gymnastics moves, doing handstands to impress his mom. 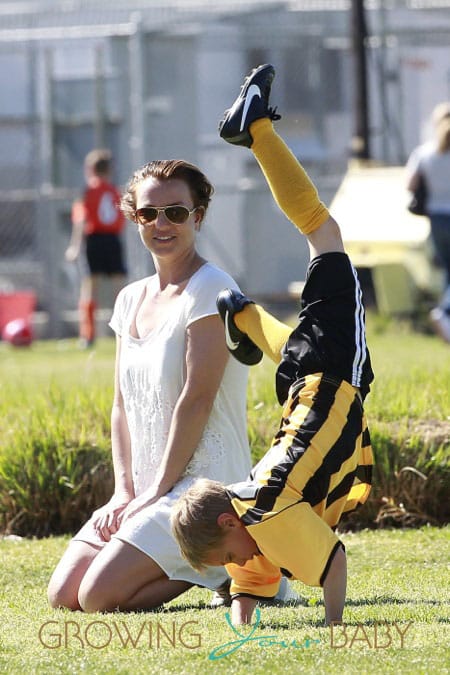 Britney then showed him and another little girl who was playing with the pair how to do a back walkover. 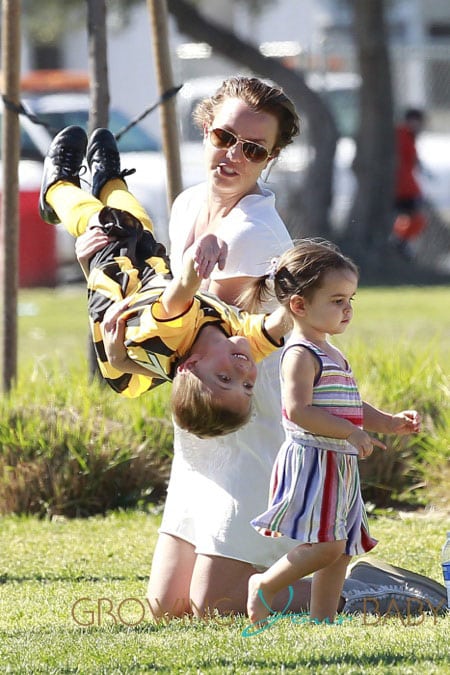 While at the  practice, the singer changed her outfit. Arriving in sweat pants and a tee, she reportedly changed into a new outfit in a store.

I guess even a simple outing to the park, should include costume changes…