Actress Bryce Dallas Howard was beautiful in an Isabella Oliver Maternity ‘Silk Print Maxi Dress’ last night while walking the red carpet at the premiere of ‘Restless’ at the Ryerson Theatre, as part of the 2011 Toronto Film Festival. 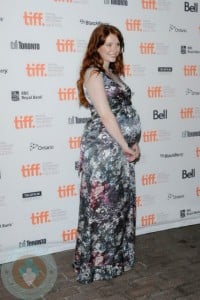 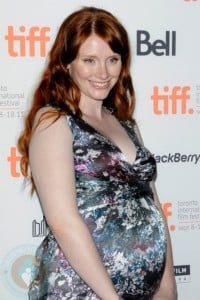 The actress, who is in Toronto to premiere 2 movies; Restless and 50/50, revealed how she survives a major film festival while 6 months pregnant.

“I wear very comfortable shoes. I wore flip-flops last night on the red carpet. That was very comfortable,” she told USAToday, at a party held in her honor at the Harbord Room.