Married less than a year, Tim and Bethani Webb were excited to start their family. The couple may, however have gotten more than they bargained for when they found out their are expecting 4 babies!  But not just any four babies – four identical babies that were conceived from a single egg that split 3 times. 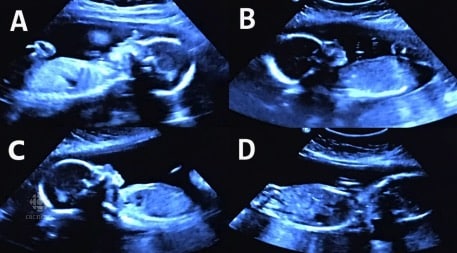 The parents-to-be got the exciting news during an ultrasound in December. After performing the scan, the tech asked Bethani if multiples ran in her family. When she replied no, she turned the screen and showed her all 4 babies.

“It was a good thing that my husband was sitting down because he almost fainted,” said Bethani. 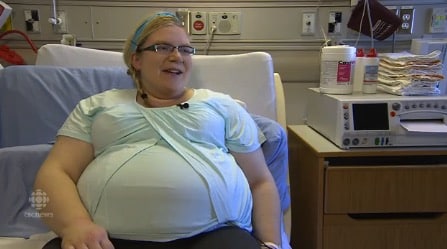 After getting married in June of 2015, Tim and Bethani say they weren’t in any rush to start their family.

“My husband definitely wanted to wait a year. I was fine with whenever it ended up happening, but then we found out we were very excited, only thinking we were having one, not four,” the mom-to-be told CBC.ca

The couple, who currently live in a two bedroom apartment, has been thankful for the fundraising efforts the community of in their hometown of Hythe, Alta, has held for them.

“It’s really amazing, because there would be no way we could do this by ourselves,” said Webb.

The babies aren’t expected to arrive until late April or early May, but the couple have already have the names picked out; Abigail, McKayla, Grace and Emily.