A flight from Qatar to Uganda last month landed with one extra passenger after a mom on board went into labour. 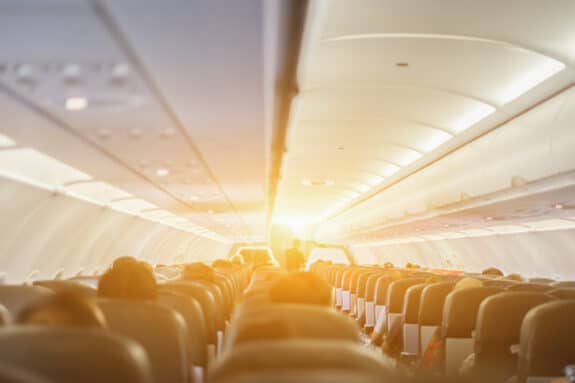 The mom was on her way home to Uganda from Saudi Arabia to deliver her first child when she when her water broke.

Staff onboard the Qatar Airways flight requested medical assistance over the intercom.  Dr. Aisha Khatib, a professor at the University of Toronto, sprang into action when she heard the urgent request.  She was assisted by two other passengers — an oncology nurse and a pediatrician from Doctors Without Borders.

“I see a crowd of people gathered around the patient,” Khatib told BBC News. “As I got closer I see this woman lying on the seat with her head toward the aisle and feet towards the window. And the baby was coming out!” 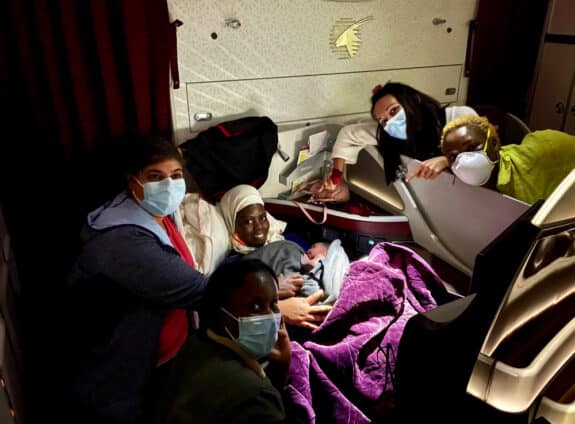 “So I was like, ‘Congratulations it’s a girl.’ Then the entire plane started clapping and cheering and was like ‘Oh right, I’m on a plane and everybody is watching this.’”

The birth took place on Dec. 5, but Dr. Khatib only shared the story this week because she said she was too busy treating COVID patients in Toronto.

Is there a doctor on the plane? ??????????Never thought I’d be delivering a baby on a flight! ?? @qatarairways Thanks to the airline crew who helped support the birth of this Miracle in the air! Mom and baby are doing well and healthy! #travelmedicine pic.twitter.com/4JuQWfsIDE

The new mom named her daughter after Dr. Khatib. Her first gift was a gold necklace the doctor was wearing with “Aisha” written in Arabic.

“I thought I’d give it to her and she’ll have a little token of the doctor that delivered her 35,000 feet in the air while flying over the Nile,” she said.