Canadian actress, Carrie Anne Moss, was spotted at the farmer’s market in Pacific Palisades, California on Sunday with her four-year-old daughter, Frances Beatrice. 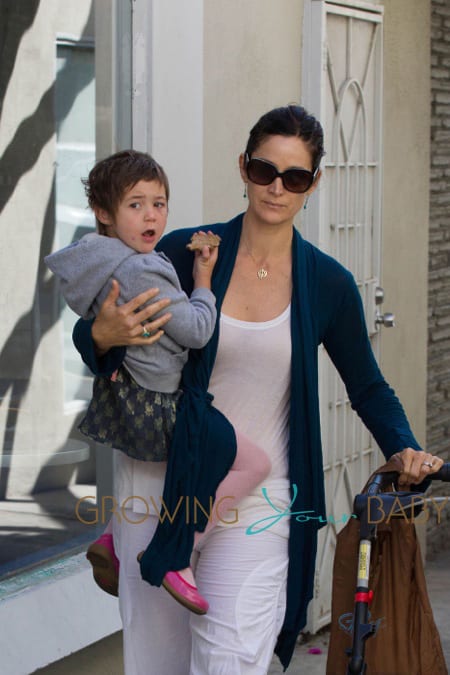 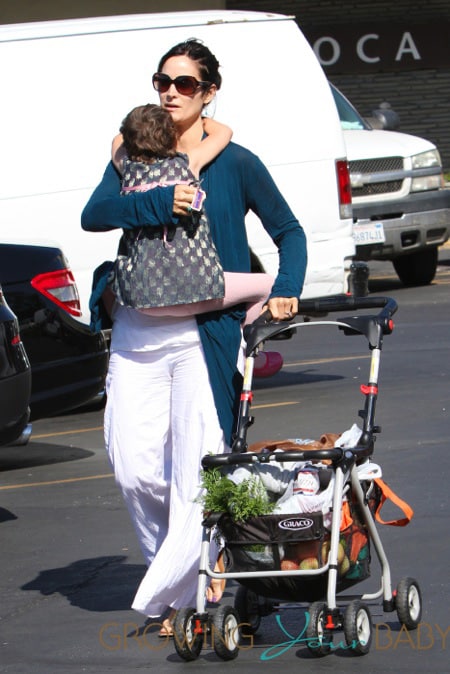 Multi-tasking like a superstar mom, Carrie Anne pushed along a Graco Snap ‘N Go infant seat, which carried her groceries instead of an infant seat. All the while, she kept Frances nearby, holding her hand or riding piggy-back as they navigated the busy but popular market. Mom even treated Frances to a tasty snack at one point. 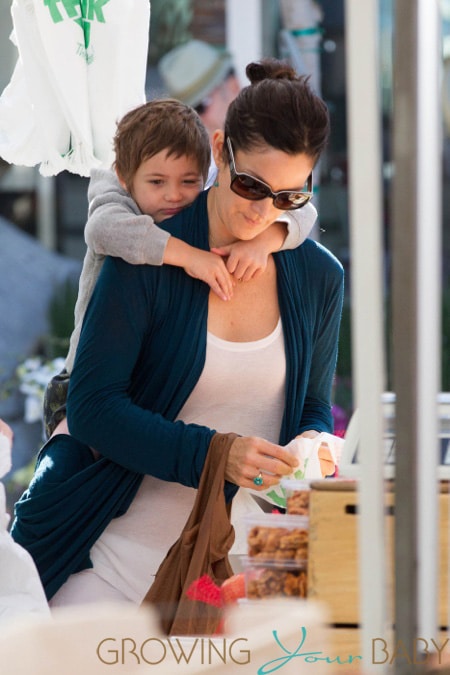 Currently working on Pompeii, which is being filmed in both Italy and Canada, the Canadian actress isn’t often seen out with her three children (Frances, 4; Owen, 9; and Jaden, 7). She and her husband, fellow actor Steven Roy, are extremely private.  In fact, it wasn’t until recently that she confirmed her children’s names. 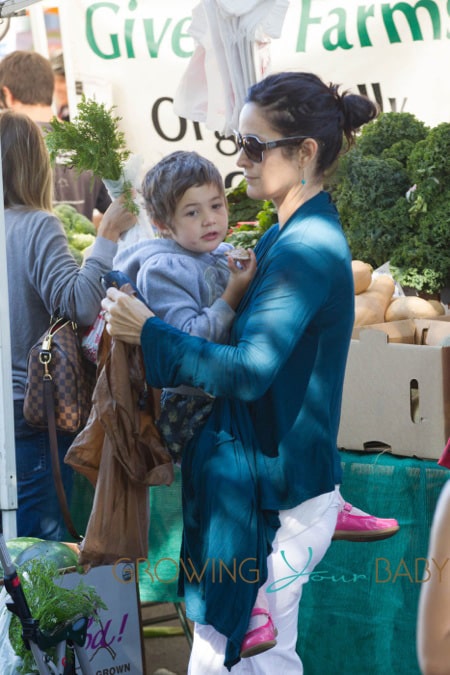