Often we read about man’s best friend going above and beyond to save members of their family or helpless little ones, but today a fluffy feline is getting the credit for keeping an abandoned baby alive.

Masha, the long-haired tabby cat, reportedly climbed into a box that contained an abandoned baby and kept the newborn alive, health officials revealed on Thursday.

“The baby had only been outside for a few hours and thanks to Masha … he was not damaged by the experience,” a hospital spokesman told Central European News.

The persistent kitty even meowed to get the attention of a passerby.

“She is very placid and friendly, so when I heard her meowing, I thought that perhaps she had injured herself,” said Obninsk city resident Irina Lavrova. “Normally she would have come and said hello to me. You can imagine my shock when I saw her lying in a box next to a baby.” 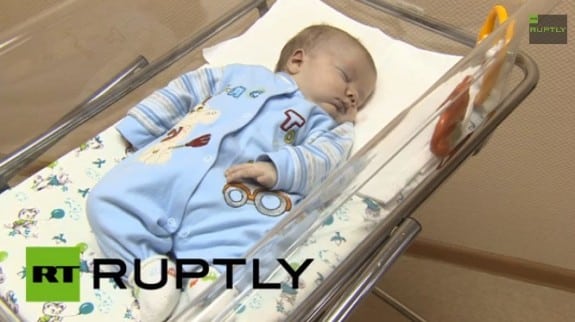 The baby, who is thought to be between 6-12 weeks old, was taken to the hospital, where he was given a checkup and found to be in good health.  The person who abandoned him also left a bag with baby food and diapers. 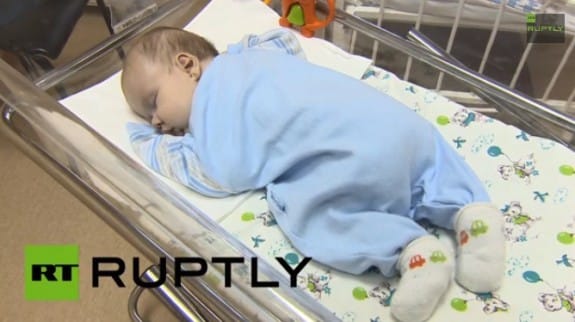 Masha is a street cat who has been looked after by local residents for the last 3 years.  But when she discovered the baby she immediately took to him as if he were her own.

“Clearly her mothering instincts had taken over and she wanted to protect the child,” Lavrova explained.

Neighbors told Russian news source RT she sat for hours on the road by the house waiting for the car to return and bring him back.

Now a local hero, Masha has also been getting the royal treatment for residents on the street.

“Everyone in the block is very proud of her,” Lavrova said. “We have all spoiled her rotten by giving her her favorite food.”