Episiotomies—a surgical procedure in which an incision is made in the perineum to enlarge the opening—used to be fairly routine. This was due to a recommendation from the American Pregnancy Association (APA) saying that doctors could perform the procedure if the baby’s head was too large for the vaginal opening, if the mother needed a forceps- or vacuum-assisted delivery, or if the baby was breech. But now a new study has found that episiotomies are on the decline. As it turns out, this could be a good thing. 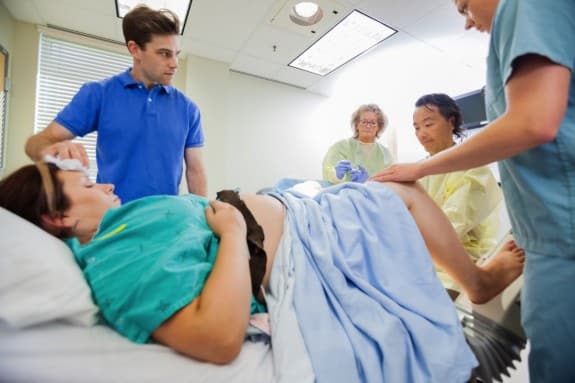 The rate of the procedure had already started to decline back in the 1990’s. However, it was unknown whether or not the evidence based recommendations (made in 2006 and 2008, respectively) had any further impact on the rate of episiotomies. This is what the study, published in JAMA, set out to determine.

Using information from the Perspective database, which included more than 510 hospitals, researchers identified women that had undergone a vaginal delivery between the years 2006 and 2012. In total, this included 2,261,070 women. Of them, a total of 325,193 received an episiotomy.

During the time in which the information was analyzed, rates of episiotomies fell from 17.3% of women receiving the procedure in 2006 to 11.6% in 2012. Researchers also noted that white women received episiotomies more often than black women (15.7% compared to 7.9%, respectively), and patients with commercial insurance were more likely to receive the procedure than patients with Medicaid (17.2% versus 11.2%).

In addition to variations in rates among different ethnicities and types of insurances, researchers found a rather significant variation in the rates of episiotomies across different hospitals. For example, teaching hospitals and those located in rural areas had lower episiotomy rates than others. And, in those in which episiotomies were most frequently performed, the average rate of use was 34.1%. This was compared to an average rate of just 2.5% in hospitals in which episiotomies were least performed.

“These observations suggest non-medical factors are related to use of episiotomy,” Dr. Alexander Friedman of Columbia University College of Physicians and Surgeons, New York, and colleagues, told Medical News Today.

To address this issue, the Mayo Clinic suggests that patients discuss their thoughts and concerns about episiotomies with their health care provider during prenatal check-ups and once again when labor has started. While it is still considered a useful procedure in some circumstances, and may help to ensure a healthy delivery for both mother and baby, it is important to understand if and why one will be performed, per your physician’s policy.