On Saturday, December 1st, 2012 celebrities and their families attended the 2nd Annual Santa’s Secret Workshop Presented by Bill Horn and Scout Masterson at the Andaz Hotel in West Hollywood, CA.  In the giving spirit of the holidays, the event benefited L.A. Family Housing, whose mission is to help families transition out of homelessness and poverty through a continuum of housing enriched with supportive services.

Tori Spelling and Dean McDermott made their first public appearance with all 4 of their children, including newborn Finn.  Sarah Michelle Gellar arrived with her daughter Charlotte for a little mommy-and-daughter time.  ‘The Bachelor’ couple Jason and Molly Mesnick, who expect their first child next year, stopped by the event before heading to another “Bachelor” wedding (Ashley and JP). 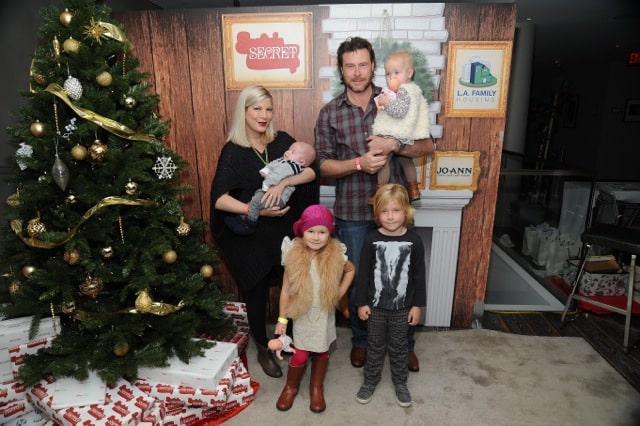 Families were able to pose in the HP ultimate photo studio where a professional photographer captured their moment with Santa Claus. 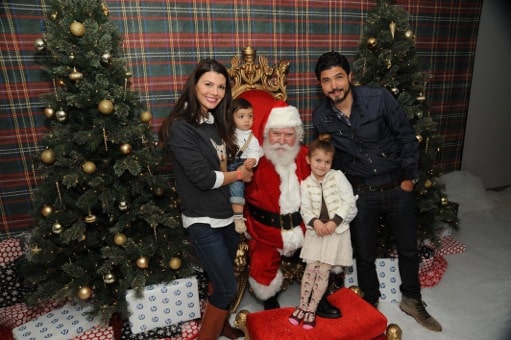