The grand finale to the awards season, the Academy Awards are about honoring cinematic achievements in the film industry.

In between projects, we often see celebrity parents out at the park or strolling through the farmer’s market with their families, but on Oscar night it’s all about the art, creation and couture. 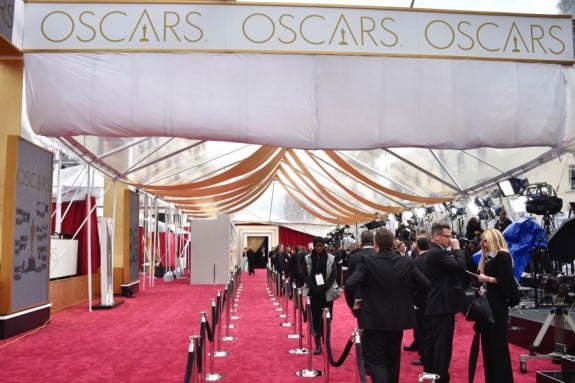 We have rounded up some of our favorite looks from the red carpet at the Dolby Theatre on Sunday (February 22) in Hollywood. 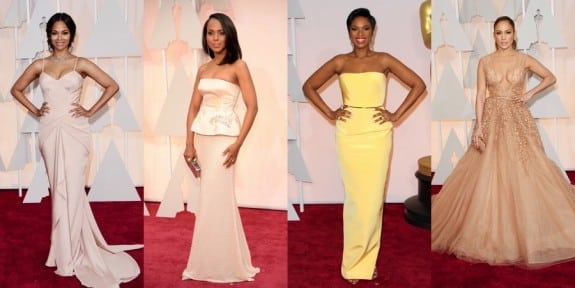 Jennifer Lopez glowed in a nude Elie Saab Couture gown as she presented the award for Best Costume with actor Chris Pine. 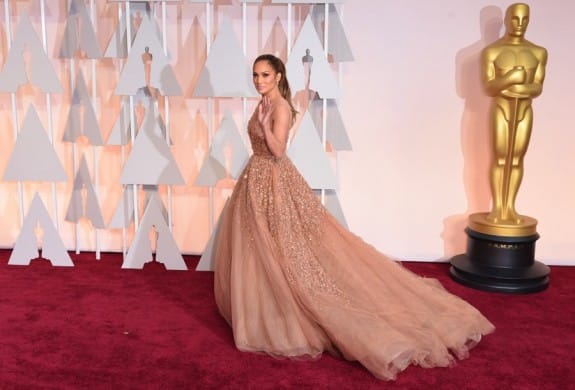 Reese Witherspoon was beautiful in a Tom Ford gown as she posed for photographers.  She presented the award for Achievement in Make-up and Hairstyling. 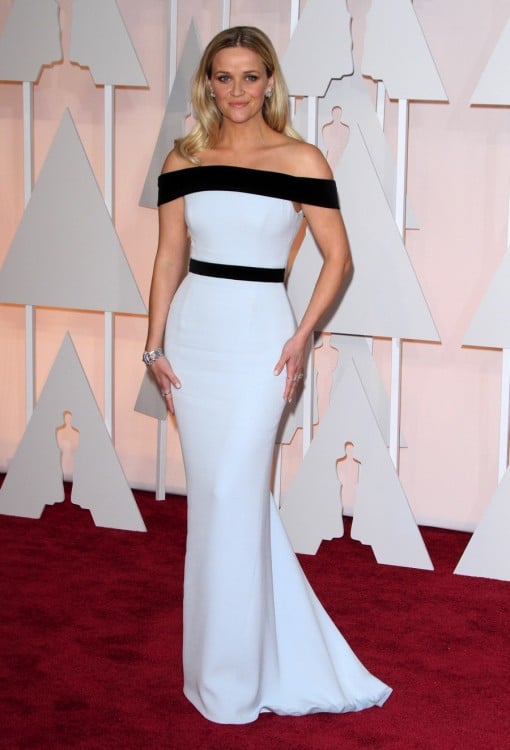 While dressed in a Dior Couture dress Marion Cotillard introduced Teagen & Sarah’s performance of Everything is Awesome! 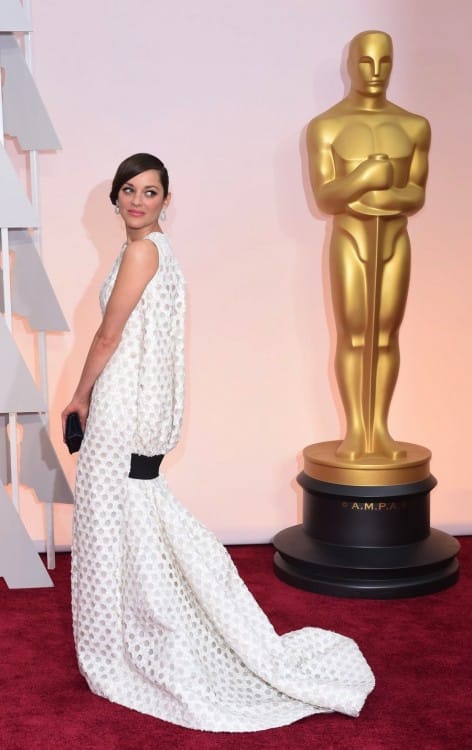 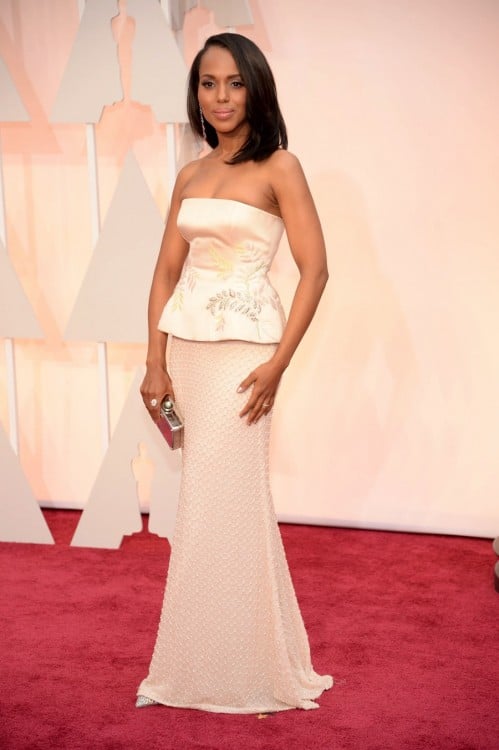 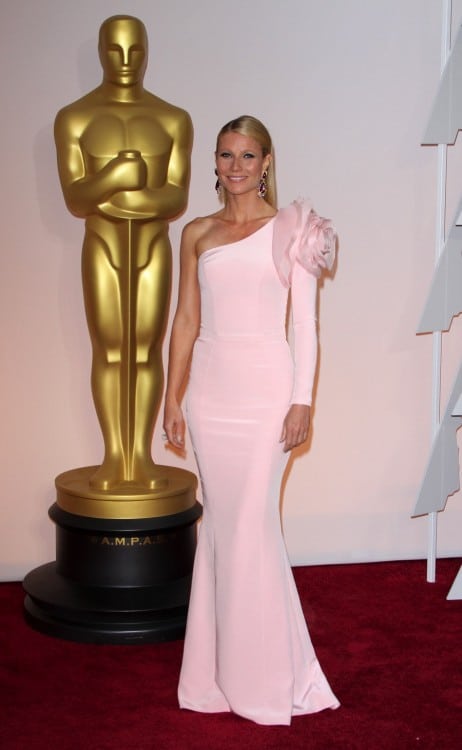 New mama Zoe Saldana took the stage with Dwayne Johnson to present the award for Beat Animated Feature Film.  Can you believe that she gave birth to twins in December? 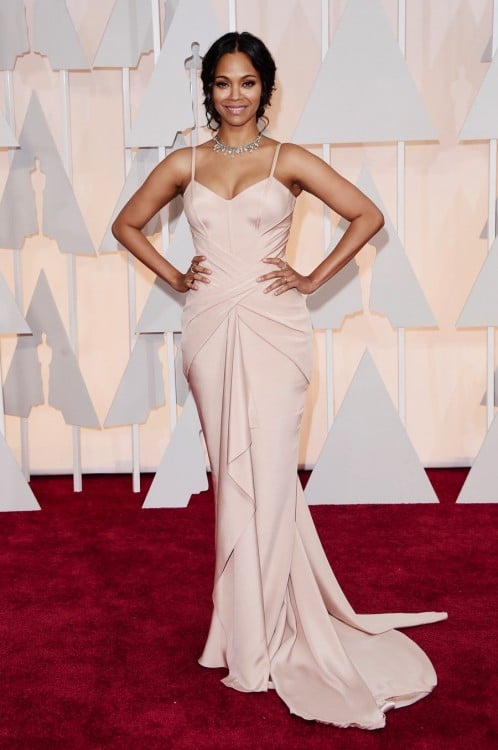 Runway ready!  Sienna Miller wore an Oscar de la Renta dress that was debuted at NY Fashion Week only last week as she and Chris Evans presented the award for Achievement in Sound Mixing. 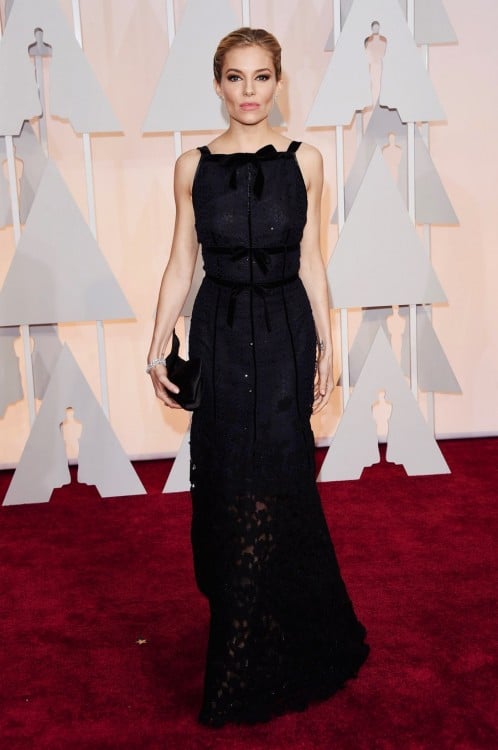