Celebrity parents were out in full force on Sunday night to celebrate the best of television and film at the 72nd annual Golden Globe Awards, which was held at the Beverly Hills Hilton on Sunday (January 11) in Los Angeles.

Almost as much about the fashion, as it was about the performances, some of our favorite celebrity moms rocked the red carpet in their gorgeous designer gowns. 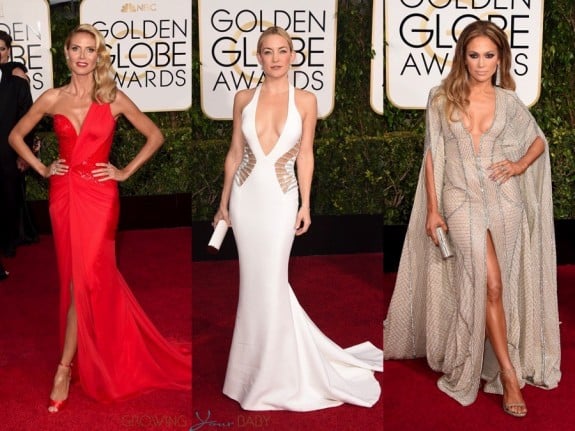 We round up some of our favorite looks from the night!

Co-hosts Amy Pohler and Tina Fey posed together on the red carpet wearing Stella McCartney and Antonio Berardi respectively before heading into the ballroom to host the Golden Globes for the third time! 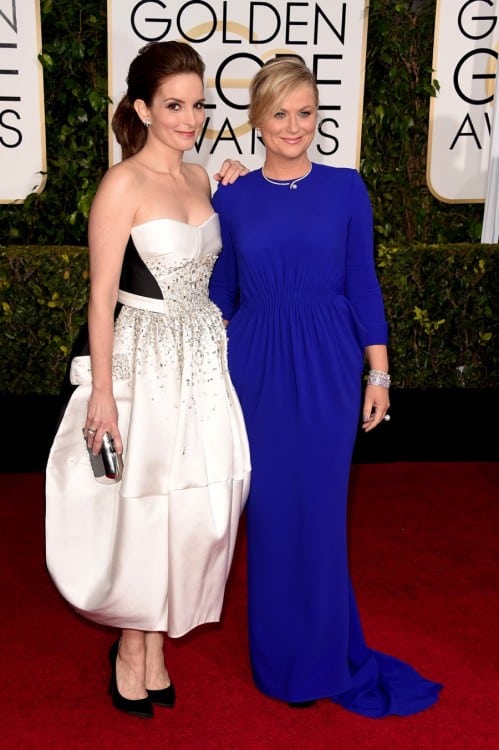 Maggie Gyllenhaal walked the red carpet with her brother Jake.  The pair were nominated for their roles in The Honourable Woman and Nightcrawler. Maggie took home Best Actress in a TV Movie or Mini-Series.

“I’m happy to be with my sister. In a weird way, I spent my childhood watching her. Looking up to her. It’s just wonderful.” 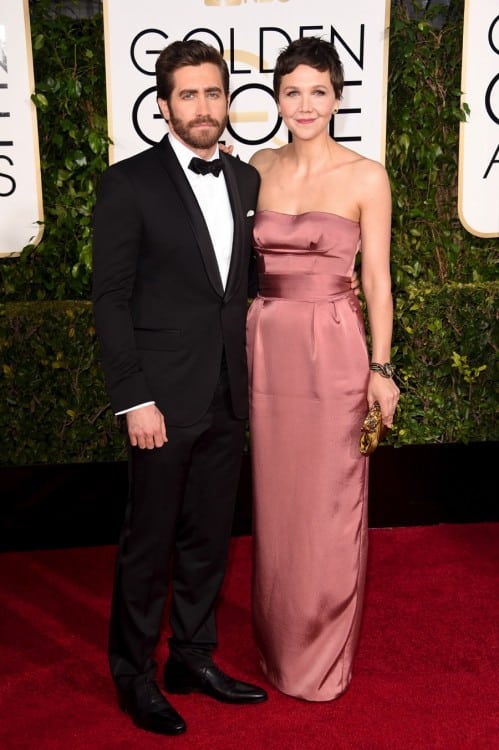 Jennifer Lopez dazzled in a gold Zuhair Murad gown with plunging neckline. The actress was on hand to present the Best TV Movie or Mini-Series. 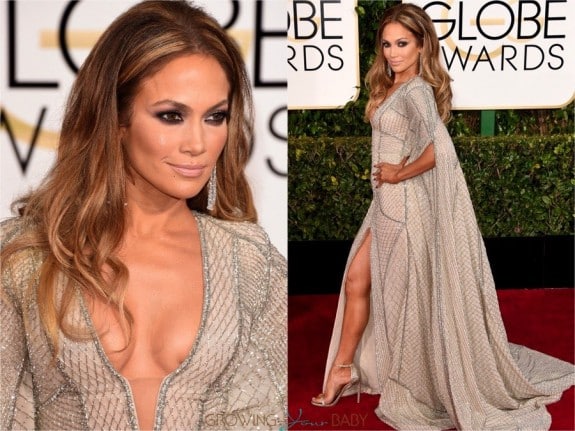 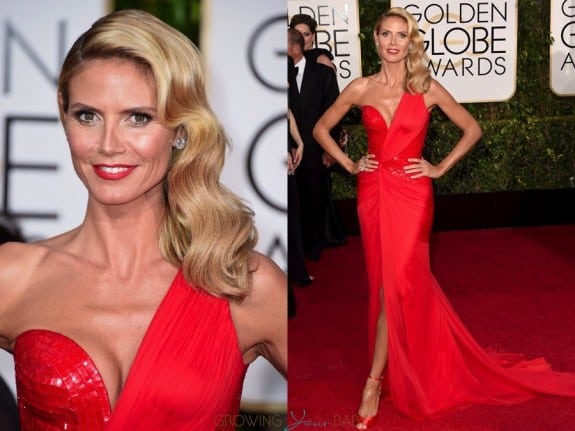 Katherine Heigl wore a navy blue Zac Posen gown as she presented the Award for Best Actor in a TV Series(Drama). 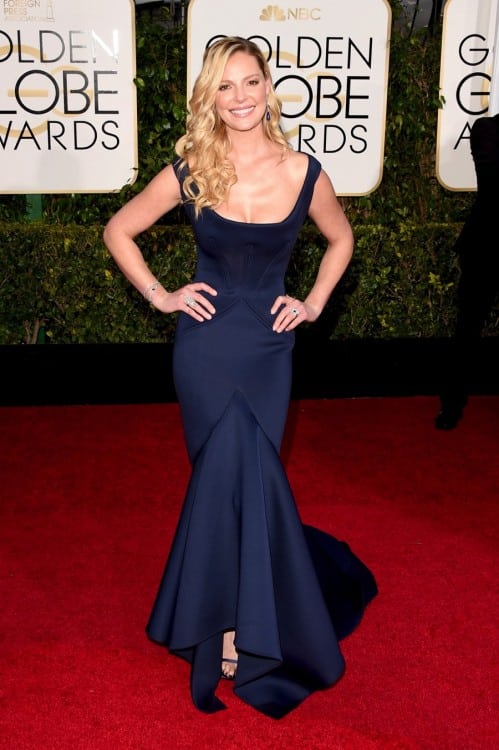 Kate Beckinsale sparkled in a silver Elie Saab dress.  She presented the award for Best Actress in a TV Movie or Mini-Series. 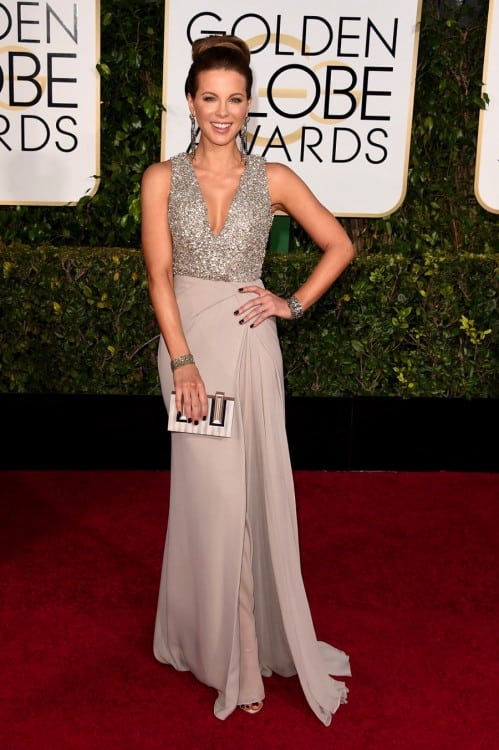 Amy Adams wore a Versace gown as she did double duty as a presenter and a nominee.  The Big Eyes Star was nominated for (and WON!) Best Performance by an Actress in a Motion Picture – Musical or Comedy award. 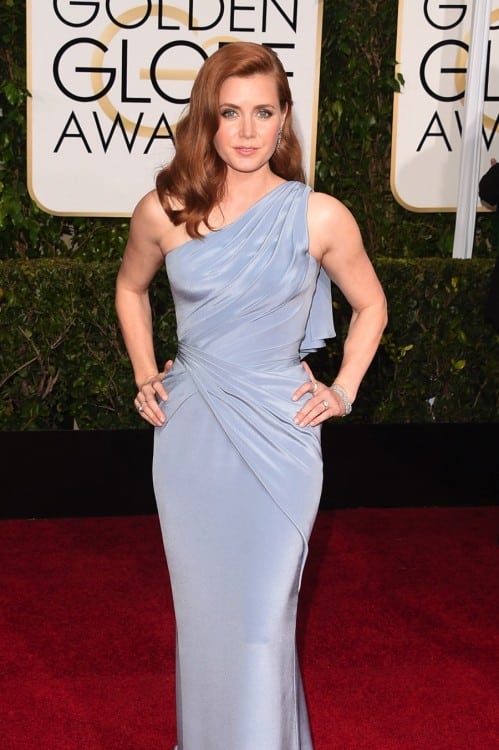 Reese Witherspoon was beautiful in a strapless silver Calvin Klein dress. The actress was nominated for Best Performance in a Motion Picture – Drama. 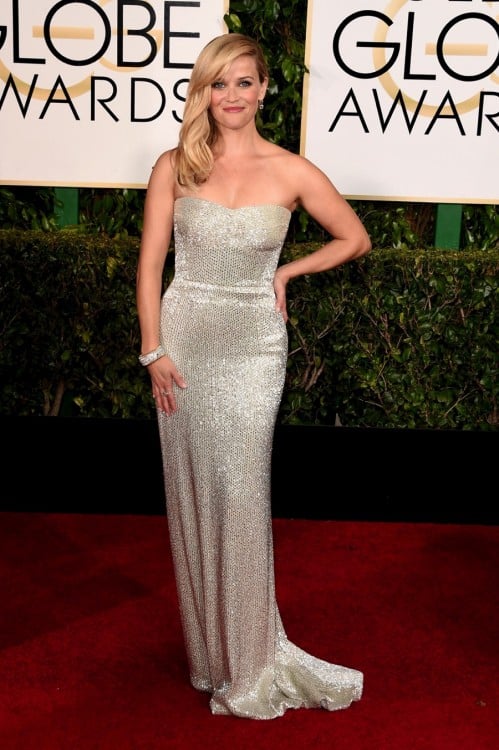 Jenna Dewan joined her husband Channing Tatum as he introduced his film, and Best Motion Picture Drama Nominee Foxcatcher.  Channing was dapper in a Dolce & Gabbana tuxedo, while Jenna was elegant in a Carolina Herrera gown. 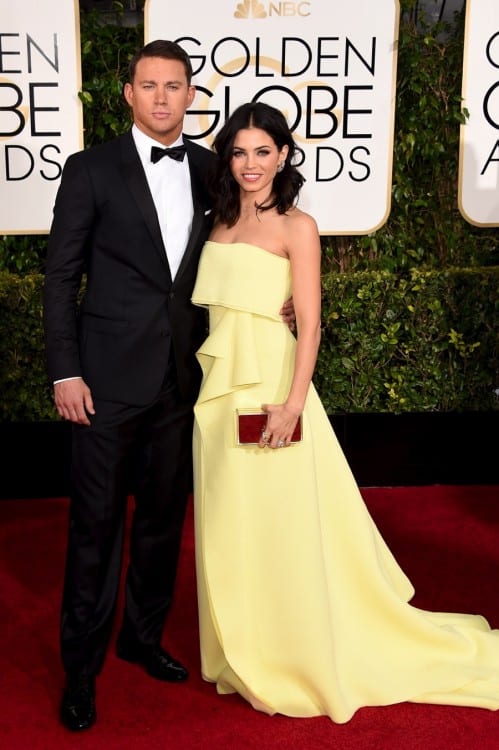 Kate Hudson was stunning in a white Versace dress with silver cut outs. 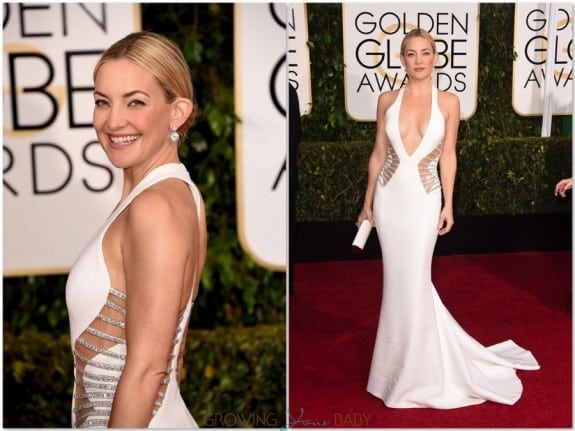 Please check out our gallery for more looks from the evening!