Award Season is in full swing, and celebrity moms took it to the next level on Sunday night when they hit the red carpet for the 67th Primetime Emmy Awards!

Empire star Taraji P. Henson channeled her inner Cookie Lyon in a black custom Alexander Wang gown with a cutout at the top and silver chains as straps. 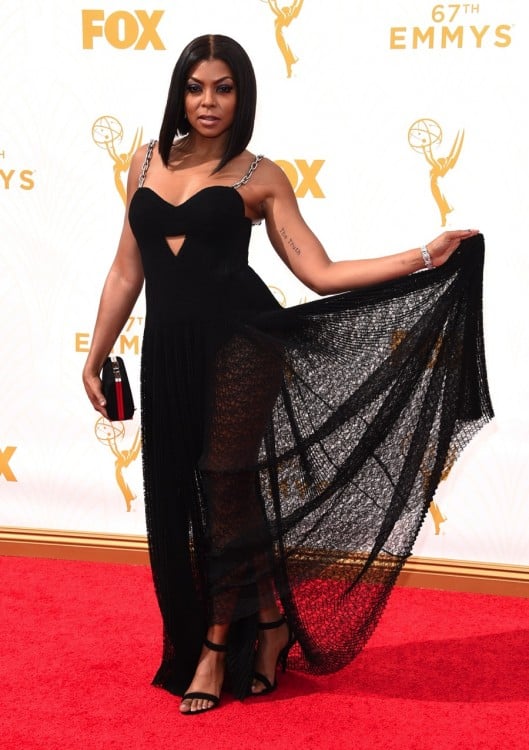 Kerry Washington sparkled in a gorgeous silver and gold Marc Jacobs dress.  The Scandal actress told Ryan Seacrest that the dress was from designers 2016 Spring Collection.

“It just was on the runway two or three days ago—and it has a lot of holes in it because it’s mesh. And so in this weather it’s working well. I feel the breeze in all kinds of places right now.” 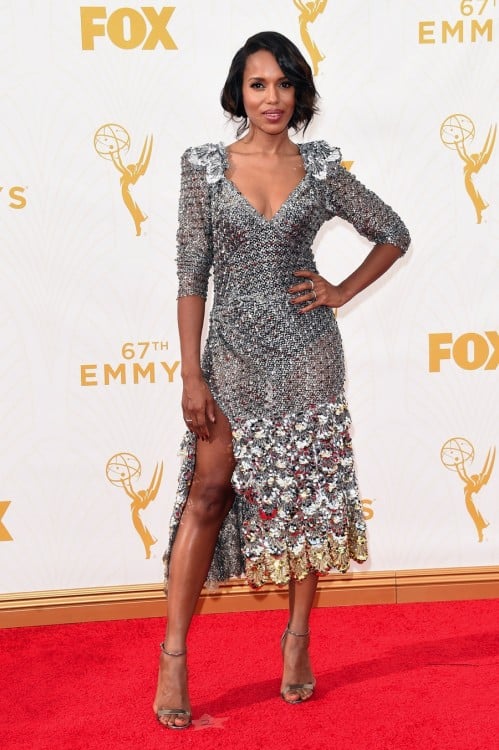 Padma Lakshmi was nominated(again) for Outstanding Reality-Competition Program.  She was beautiful in a yellow citrine satin gown. 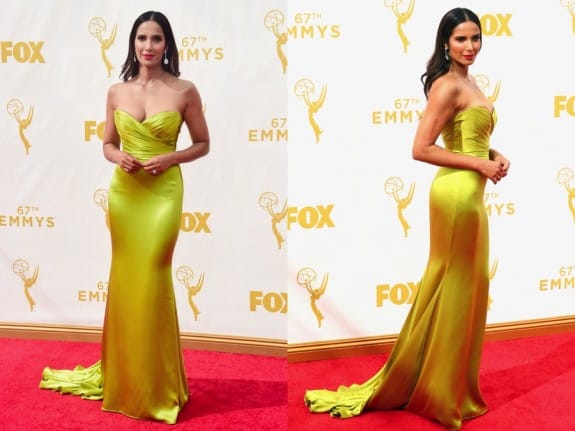 January Jones was all smiles in an emerald green Ulyana Sergeenko jumper that featured a sweetheart neckline and starfish pin. 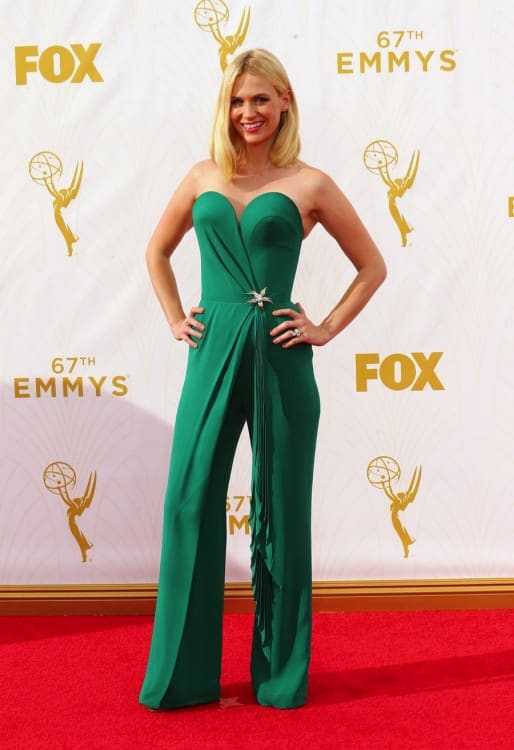 Maggie Gyllenhaal was full on glam in an Oscar de la Renta gown.  The actress was nominated for outstanding lead actress in a limited series/movie for her role in The Honorable Woman. 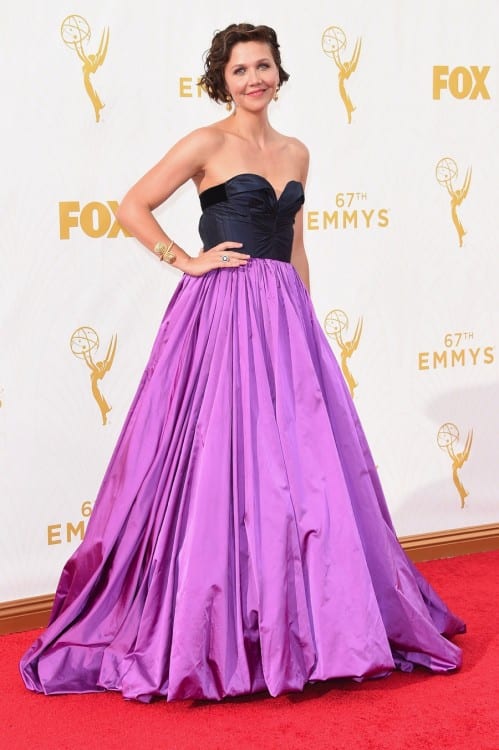 Jane Krakowski was pretty in a pink Bibhu Mohapatra gown.  While on the red carpet she told E!’s Giuliana Rancic that she auditioned for the part of Rachel Green on Friends.

“I, like almost every actor in the world, auditioned for Friends,” Krakowski said. “I wish I had gotten that one. I actually auditioned for Rachel and didn’t go very far.”

Joking that her business manager was “very sad” that she didn’t get the part. 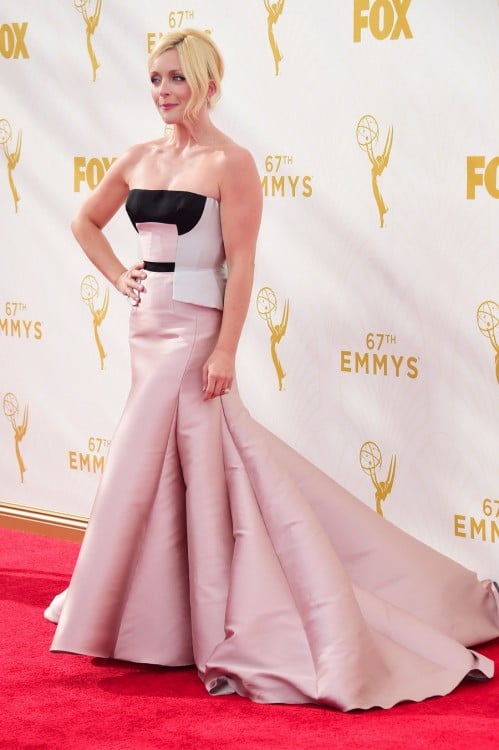 Some of the celebrities that we spotted were: