Claire Danes and husband Hugh Dancy were all smiles while out running some errands in the West Village of New York City on Wednesday, May 16, 2018. 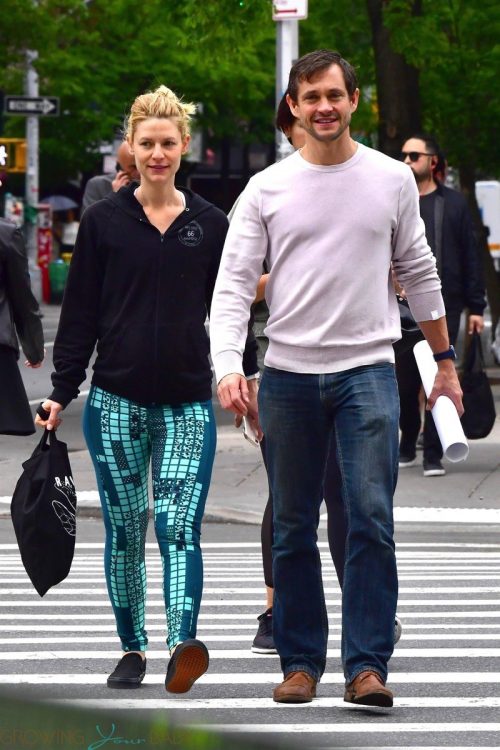 The cameras also caught the actress making some animated faces during their conversation. 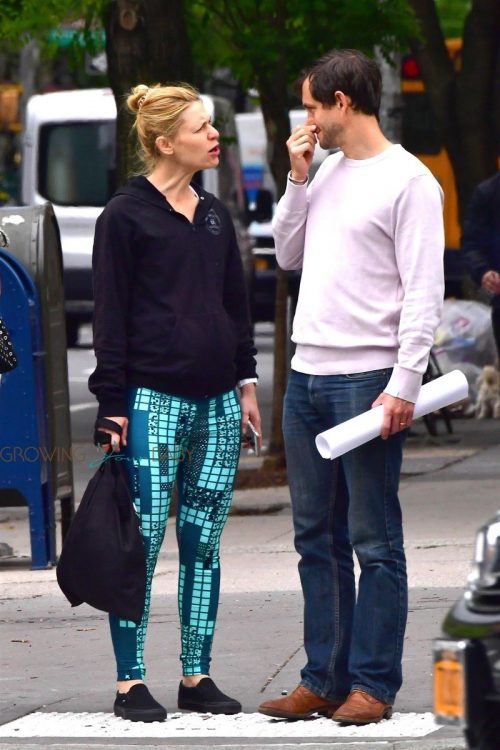 Pregnant with her second child, the Claire kept it comfy in a pair of yoga pants and a zippered hoodie. 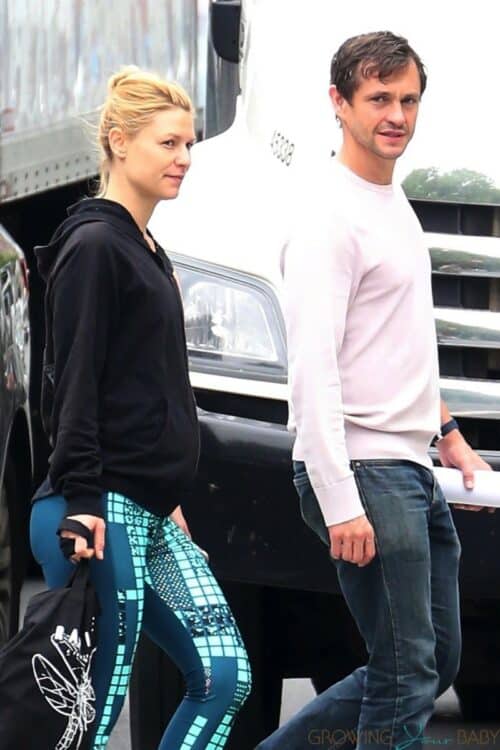 Since wrapping her series Homeland at the end of March the actress has been spending time with friends and family in the big apple.

Earlier this month she was spotted out walking in NY with friends. 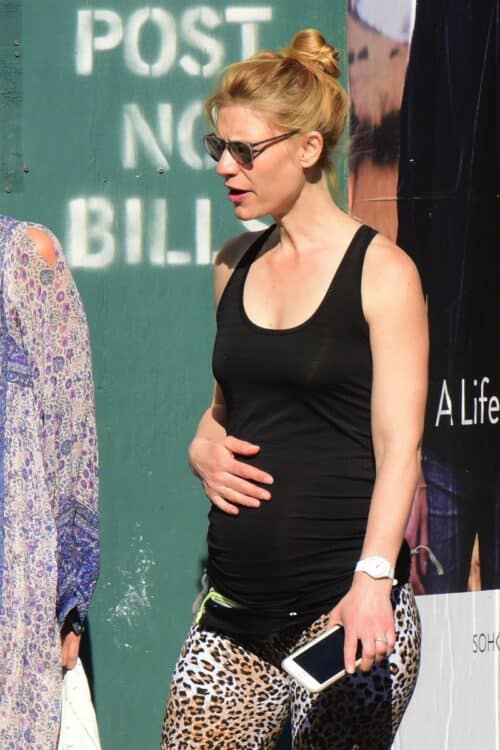 In April Claire announced she was expecting again on the Howard Stern show.

“Okay, so I’m going to tell you. I am pregnant,” Danes, 39, revealed. “I am pregnant. I’m like seriously pregnant… I’m deep into the second trimester.”

“Is this an exclusive?” A surprised Stern asked.

“It is, I haven’t told anyone,” Danes replied.

The couple does reportedly know the sex of the baby she said.  But they are currently keeping it to themselves.

When he or she arrives, the new baby will join Claire and Hugh’s son 5-year-old son, Cyrus.