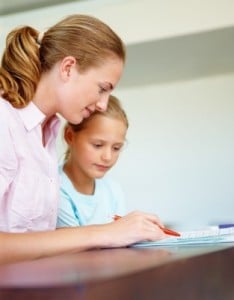 Who among us hasn’t, at some point, wished we could speak a second language?  Imagine the doors it would open, and not only in the job market.  You could live in more places, travel more comfortably and meet and converse more deeply with people we wouldn’t otherwise be able to speak with.

Many countries, around the world, are multi-lingual.  Even in countries that are not officially bi-lingual, it can be useful to know another language.  Throughout Europe people commonly speak the language of their own as well as their neighbouring countries.  In the United States it can be helpful to speak Spanish.  In Canada both English and French are pervasive.  Many people are currently looking east, for future business prospects, and are scrambling to learn Mandarin.

It is commonly accepted that our ability to learn language is at its most powerful before the age of 12.  Why not, then, start early and give our children the gift of a second language?

For many years, French immersion has been a publicly funded education option in Canada.  Immersion typically begins early, with the full curriculum being taught in French up to the third grade.  English language components are phased in over the course of the child’s education past grade three.

Rothon says that immersion students go on to become, “citizens that are able to work in either official language community, that could work anywhere in Canada and not be at a disadvantage.”

Another group, Mandarin for B.C. schools, a group of 120 families on the North Shore, aims to introduce Mandarin to students in the public school system.

“The common theme amongst all of us is, we see the future in terms of the criticality of China as a worldwide power and as a language in business.  Mandarin is clearly going to be one of the predominant languages spoken in business,” said Linda Brown, a spokesperson for the group.

The group is working toward the inception of a curriculum that is 50% English and 50% Mandarin.  In the mean time, the West Vancouver School District has conducted two Mandarin and Fun summer camps which introduced the language to children 5- to 11-years-old.

The camps were well received.  “The kids are really getting a lot out of it.  They’re loving it and we’re hoping, in the future, we can continue something like that but as always it’s based on community need and our ability to provide space and classrooms,” said Jill Johnson, manager of community learning for the West Vancouver School District.

“There’s a very strong community, on the North Shore, of parents that are interested in having Mandarin in their family as a main second language,” Johnson added.

In the United States, Spanish is spoken in the homes of more than 34 million people and it is the most commonly studied, foreign language in high schools and post-secondary schools across the country.  Current Bi-lingual programs, at the elementary level, focus on helping English language learners to increase their proficiency.   There are very few opportunities for English speakers to be exposed to a second language in the early years of a public education.

Rothon says, “Learning another language…always profits the child.  It enhances cognitive development.  Children who speak more than one language generally do better academically than unilingual children.”

So it may be worth looking for ways to introduce children to a second language in an extracurricular way.  Dora and Diego introduce kids to Spanish, Kai-Lan introduces Mandarin Chinese.  You can source out children’s books in the second language of your choice.  Language learning software is readily available and easy for young children to use, with a parent’s help.  Who knows, you may pick up a few new words yourself.

While there are certainly benefits to learning a second language at any stage of life, it would seem that early exposure can give children a life-long edge. – Jen R, Staff Writer