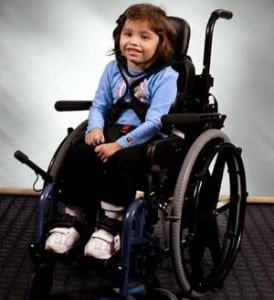 David and Celia McCraw went to Tripler Army Medical Center, the second largest military hospital in the world, excited for the birth of their first daughter. Unfortunately, due to carelessness and communication among the staff, the McCraw’s now care for a child that is severely handicapped for life.

When Celia McCraw was in labor, the doctors noticed that her baby was showing signs of distress. The suggestion was that the baby needed to be born immediately. Instead, she was left to labor for another hour before someone tried to help save her daughter. By that point, the infant was nearly dead. Her umbilical cord wrapped tightly several times around the baby’s throat, cutting off the blood flow that should have brought oxygen to the baby.

Trying to resuscitate the infant, an oxygen tube was then inserted. However, the medical team inserted the tube into the infant’s stomach rather than lungs and then attempted to give the baby oxygen for 40 minutes before realizing the tube was in the wrong spot.

The medical team also failed to clamp the umbilical cord correctly, leading to a loss of blood and a need for a blood transfusion to the tiny girl.

The family sued the hospital, and was successfully awarded 11 million dollars for damages. They intend to set the money aside to pay for care of their daughter as she becomes older.

“The circumstances surrounding the November 2005 birth of Kayla McCraw at Tripler Army Medical Center were an unfortunate tragedy. Tripler accepts full responsibility for the outcome, resulting in its decision to support settlement of the lawsuit brought by Kayla and her family. Tripler is especially gratified in knowing that the settlement monies will ensure that Kayla will receive the medical care, assistance and rehabilitation that she needs for the rest of her life.

Unfortunately, this is not a one time incident for Tripler Army Medical Center. There have been several medical malpractice lawsuits against the hospital due to careless and reckless behavior. In 2005, an infant was given carbon dioxide instead of oxygen for 40 minutes, resulting in severe brain damage. In 2003, doctors failed to treat a newborn with a medical condition, causing the 10 day old infant to have a heart attack.

Kayla Mae is now 4, and the family has moved to Texas. They have only recently received the payment from the hospital that will care for their daughter’s special needs.

All of the money in the world, however, will not save their daughter from the damage already done. – Summer, staff writer