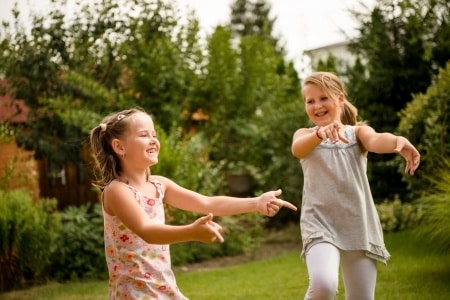 Published in the Journal of Child Psychology and Psychiatry, the new study watched interactions between children on the playground. While this is generally a fun place to interact, for a child with autism, the interaction is often minimal, possibly even nonexistent.

“One of the key places we learn about social rules growing up is during play, but if you don’t participate, chances are you’re not going to learn the rules or be motivated to interact with other children,” lead author of the study, Blythe Corbett, Ph.D., associate professor of Psychiatry and Vanderbilt Kennedy Center investigator, told Science Daily. “Most children consider playgrounds a fun place to interact with other kids, but for children with autism, this may be a challenging and stressful environment.”

More than 30 peer interactions on real playgrounds were studied by Corbett and colleagues. All of the children were between the ages of 8 and 12. Three children at a time were on the playground – one typically developing that was just there to play, one with autism there to play, and a third child that was typically developing, but trained to invite the other two children to play. This third child was called a “confederate.”

To ensure the interaction was authentic, the researchers used state-of-the-art technology to listen in and watch from a nearby lab overlooking the playground. The confederate also wore an ear microphone so they could receive directions from the researchers.

It was noted, however, that children with autism had elevated levels of cortisol after social interaction with their peers. Measured through saliva samples throughout the day, both at home and after the playground interactions, the elevated stress levels indicate that the children with autism were definitely uncomfortable in the social settings. However, researchers don’t believe this should deter parents from allowing the interaction. If anything, it should encourage parents because it shows that, while the children are stressed, they are willing to step outside their comfort zone if another child initiates the play first.

“Although children with autism may experience increased stress in social interactions, it was encouraging to see that reciprocal socialization can be facilitated by peer solicitation,” Corbett said. “It all starts with a simple bid to play.”