There is no rest for Chrissy Teigen who was spotted out in New York City making the media rounds to promote her new Cookbook. 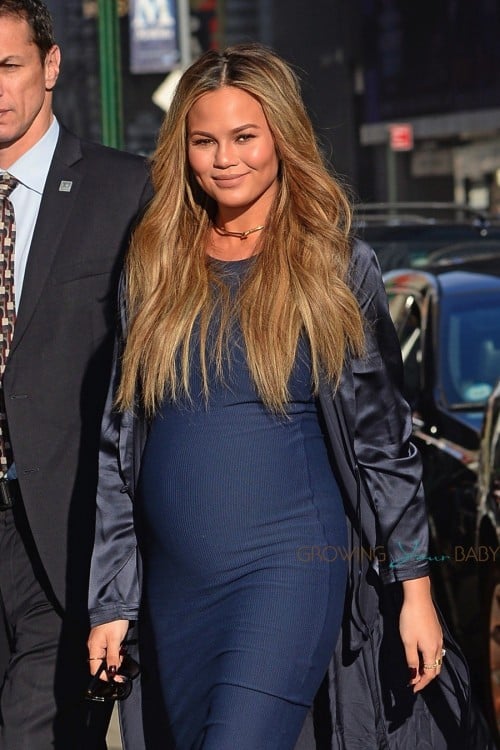 The mama-to-be looked fabulous in a navy belly hugging dress as she made her way into the studio. 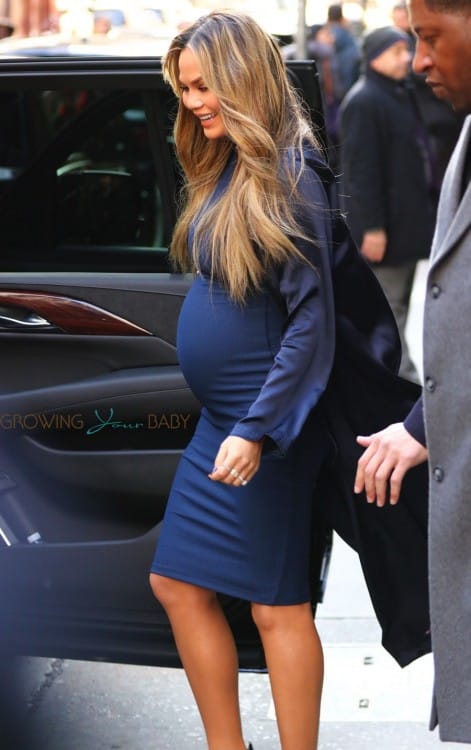 The media tour comes the day after Chrissy was photographed at the Oscars with her husband John Legend. 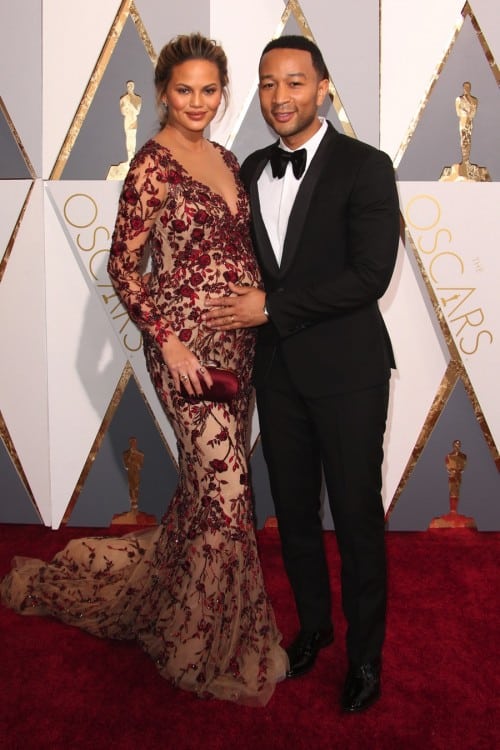 The couple recently came under fire after it was revealed that they had selected a baby girl during the fertility process.  During some follow up tweets she worked to clarify the whole process.

from reading everything tonight, i think i made a mistake in thinking people understood the process better than they do, which is my fault..

we didn’t create a little girl. we had multiple embryos. girls and boys. we simply chose to put in a female first (and second)…

we didn’t “throw away” anything and still would love to have more of both in the future. hard to explain such a complicated process here.

you’d be surprised at how many people you know go through this. also every doctor knows the sex of the embryos, it isn’t some grand secret.

The baby girl is expected to arrive in mid April.