Christina Milian showed off her cute figure in a black bikini while playing on the beach in Miami with her daughter Violet on Sunday (January 3rd, 2016). 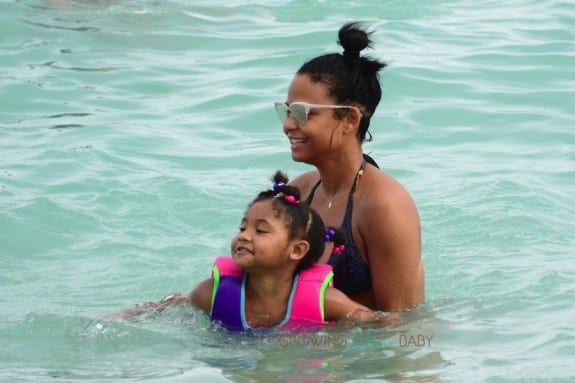 The girls are in Miami while Christina performed as part of Pit Bull’s New Years Eve Revolution. The singer joined the rapper and a long list of performers on stage on Thursday night at the Bayfront Park Amphitheater.

Violet was all smiles as she floated through the ocean in a life jacket.  She also appeared to enjoy being splashed around by the shallow waves. 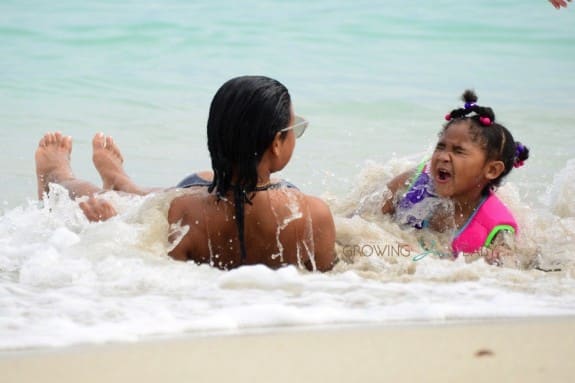 Later on Christina shared a photo of the pair hanging out pool side along with the caption, 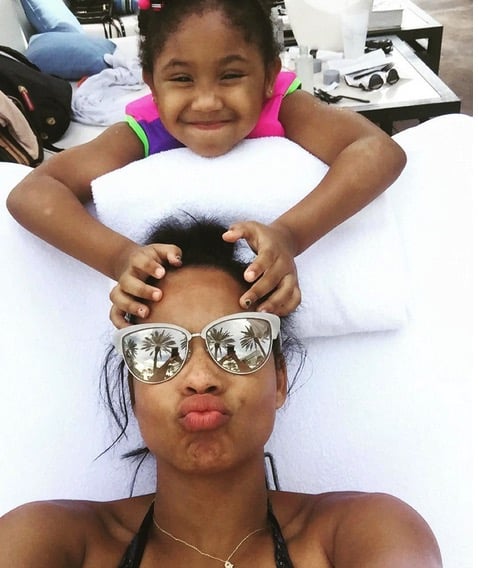 Fans can keep up with Christina and her family on her E! Online show ‘Christina Milian Turned Up’ On Tuesday nights at 10pm.