It’s easy to pay attention to the ugly in the world, to forget that there are really amazing people out there. But a few strangers are reminding us of the good after raising thousands of dollars to purchase a special wheelchair for a 4-year-old boy. 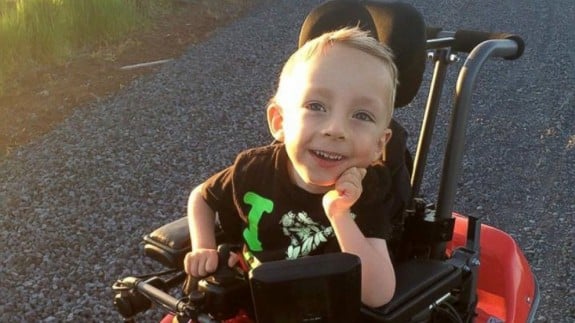 The little boy, Logan Roninger, was diagnosed with spinal muscular atrophy at the age of 18 months. The condition, which affects his muscle strength and tone, has kept him from ever taking those monumental first steps, but his parents have done the very best they could to provide Logan with a childhood full of all the things most boys love – mud, dirt, and the great outdoors.

“Our little boy just wants to play in the dirt, play in the mud. We want to make it as accessible as possible. We want to give him that opportunity,” Logan’s mother, Trisha, told ABC News. “At 2 years old, he got his first power wheelchair, which insurance helped us get.”

But Logan is growing which makes it more difficult to take his current wheelchair into areas that he’ll come into contact with the outdoor experience he loves so much. The Ronnigers are hoping to purchase a Tankchair, a powered wheelchair that can be taken off-road. But insurance won’t cover it. 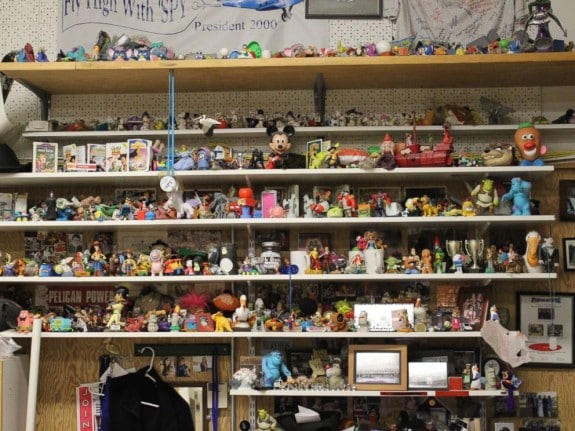 “I was going to sell them to go toward my retirement,” Nat Ellis, Klamath Union High School’s business and marketing teacher, told ABC News. “I just thought it was a good way to give it off to someone else.”

Ellis says that the collection started 25 years ago when a student placed a toy on his desk.

“Another kid put another one, and a couple more came. And then I just started adding to it,” he said. “There’s several toys there that are probably worth $30 to $60 each.”

The auction ended this morning, but now there will be another. Because Ellis, who hadn’t met Logan or his family prior to this year, isn’t the only stranger with a heart; the person who won the first auction actually donated all of the toys back to Ellis so that he could auction it again and hopefully raise more money for Logan. The next auction ends on Tuesday.

“Life’s not about us. It’s about other people,” Ellis said. “So the best thing you can do is help as many people as possible.”