Pregnancy and alcohol have a difficult history. Doctors used to recommend it because it allegedly offered benefits to both mother and baby. However, over time, we have come to understand that alcohol during pregnancy can have some serious implications, such as heart defects and fetal alcohol spectrum disorders. So why, then, do we not have more information on the subject? 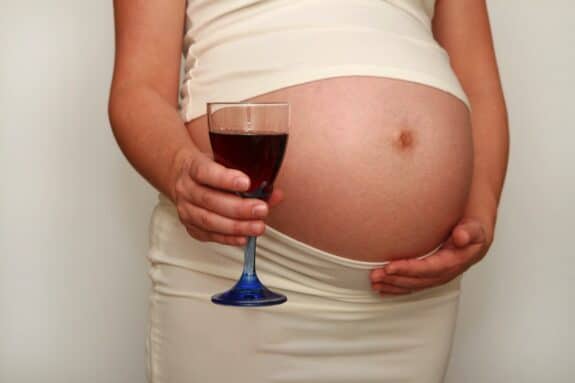 That is exactly what a group of scientists want to know, but the lack of data has left them without any concrete answers. And that left them alarmed; after all, this is a pretty important topic.

“We were surprised that this very important topic was not researched as widely as expected,” Loubaba Mamluk, study co-author from the University of Bristol’s School of Social and Community Medicine told AFP.

It is this lack of information, and the knowledge that alcohol can and does disrupt fetal development, that has prompted the researchers to advise women against consuming alcohol at all during pregnancy.

“In the absence of strong evidence, advice to steer clear of alcohol while pregnant should be made on the basis that it is a precautionary measure and the safest option,” Mamluk said.

Sadly, not everyone is on board with that advice.

The issue is so bad, in fact, that the government in France recently announced plans to enlarge the pregnancy warning on all liquor bottles. Of course, winemakers complained, saying the government was “terrorizing” pregnant women.

Things in Britain and throughout England aren’t much better. The British Pregnancy Advisory Service, which assists pregnant women in the area, told officials that they should not “overstate the risks from consuming small amounts of alcohol during pregnancy.”

But here is the issue with such reasoning: We don’t know how much is too much. We haven’t the slightest clue just how much alcohol it takes to harm a fetus. There have been women who consumed only small amounts that have had a child affected by FASD, and others that have drunk a substantial amount but had perfectly healthy, neurotypical children.

It could be the stage of pregnancy during which women drink. It could be the fetus itself. Or it could simply be the mother’s alcohol tolerance. We simply do not know, and until we do, Growing Your Baby and government officials in the U.S. and Canada will continue to say the same thing – abstinence is the only sure way to protect your baby.

I like wine as much as the next frazzled mom, but isn’t it better to be safe than sorry?