Home » Could Autism Be Detected With A Simple Urine Test? 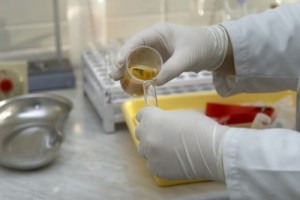 There may be good news on the horizon for parents who have a child on a waiting list to be tested for Autism. Urine samples could one day be used to test whether children are on the autistic spectrum.

Scientists at Imperial College London and the University of South Australia have recently discovered that, the bacterial composition found in the gut of an autistic person is different to the bacteria found in a non-autistic person.  This difference in bacterial composition gives the urine of an autistic child a signature that is distinct from their non-autistic counterparts.

It is estimated that autism affects approximately one percent of the population.  Autism is experienced through a range of difficulties, many of them social i.e. difficulty communicating, making eye-contact and reading other people’s emotions.  Autism is also accompanied by gastro-intestinal issues.

According to Professor Jeremy Nicholson of Imperial College London,

“Autism affects many different parts of a person’s system and our study shows that you can see how it disrupts their system by looking at their metabolism and their gut bacteria.”

“We hope our findings might be the first step towards creating a simple urine test to diagnose autism at a really young age, although this is a long way off – such a test could take many years to develop and we’re just beginning to explore the possibilities.  We know that giving therapy to children with autism when they are very young can make a huge difference to their progress.  A urine test might enable professionals to quickly identify children with autism and help them early on.”

The possibility of simple and early diagnosis is exciting as it will lead to earlier treatment than is possible through current diagnostic tests.  Currently, autism is diagnosed through a series of tests that assess a child’s imaginative skills, their ability to interact socially, and to communicate.

Further analysis of the gut bacteria of autistic individuals should also lead to advances in the ability to treat the associated gastro-intestinal problems autistic people deal with. – J Routledge, Staff Writer.