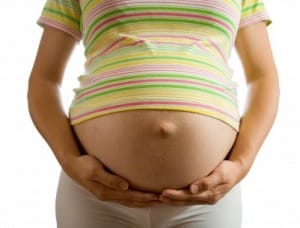 For one reason or another, more and more couples are waiting to start having children. In most cases, couples are making the decision they feel best suits their unique situation; nothing wrong with that…except that it may end up costing them more to start a family than they had originally anticipated.

Andrew Murray, medical director of Fertility Associates Wellington spoke with OneNews on the increase of couples coming in for fertility treatments over the past five years. According to Dr. Murray, at least half of these couples are above middle age, have conceived one child, but are now unable to conceive a second one.

“Half of the consultations we’re now having are with couples in that position,” Dr. Murray told OneNews.

New Zealand statistics confirm his statement; according to their most recent data, the number of women giving birth over the age of 44 has doubled over the last decade. Even women in their 50’s are giving birth. In fact, 55-year-old woman in Auckland just gave birth earlier this year.

Sadly, Dr. Murray says this age hike in childbirth has a lot to do with the reason why one in five couples are now facing infertility issues.

When it comes to fertility and egg viability in women, Dr. Murray says egg quality and quantity decrease with age. All women under 34 have a 26% chance of getting pregnant each month. At 38 and 39, those odds drop to 17%. Odds drop to just 8% for women over the age of 42. Because the best eggs are ovulated earlier in life, older women have an increased risk of miscarriage and infertility. This is also the reason why older women are at a higher risk for genetic problems in their eggs.

But women aren’t the only ones that experience a decrease in fertility with age; men also have a biological clock. As men age, the number of sperm made each day decreases, as does the sperm’s quality.

In countries like New Zealand, a couple may receive funding for IVF, as long as they have no more than one child under the age of 12 living at home. In countries like the United States, couples are responsible for covering any and all costs, unless insurance happens to pick it up. But even then, there are often deductibles that must be met. With the average cost of IVF being somewhere around $13,000, depending on where you live, it’s hard to see how waiting for financial security actually pays off for some.

Of course, financial security isn’t the only reason that couples wait to have children. In fact, Dr. Murray says that financial security doesn’t even fall in the top three reasons that couples wait. He says that the three most common included travel, careers and not meeting ‘Mr. Right.’ While no one can argue with any of those highly understandable reasons, the information presented by Dr. Murray might be something to consider when discussing family planning. And while no one can say what is right for any one couple, all couples should know the potential obstacles when deciding to wait to have children until later on in life.