David Beckham was photographed having a daddy day out with his daughter Harper on Monday. The pair were sweet as they strolled hand in hand through Kensington before heading home. 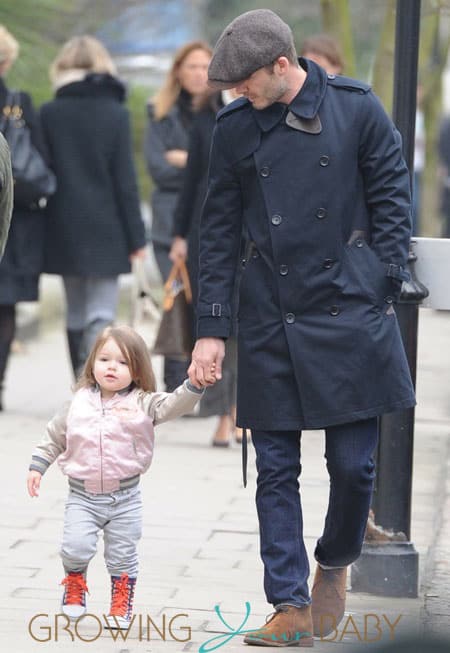 Harper was cute in a satin bomber jacket, grey pants and striped Dinger lace up rubber boots.  David was dapper in a navy trench, jeans and a grey newsboy cap.

Currently living in Paris while he plays for Paris St. Germain, David has some time off before the next game on the 29th.

Even though the family has a home in Hertfordshire, they have moved into a rented apartment in Kensington. When they are in Paris, however, they reportedly stay at the Imperial Suite at the Bristol Hotel, which is £14,500-a-night!