David Beckham was photographed walking the orange carpet at The Nickelodeon Kids Choice Sports Awards in Los Angeles on Thursday night with his youngest sons, Romeo and Cruz. 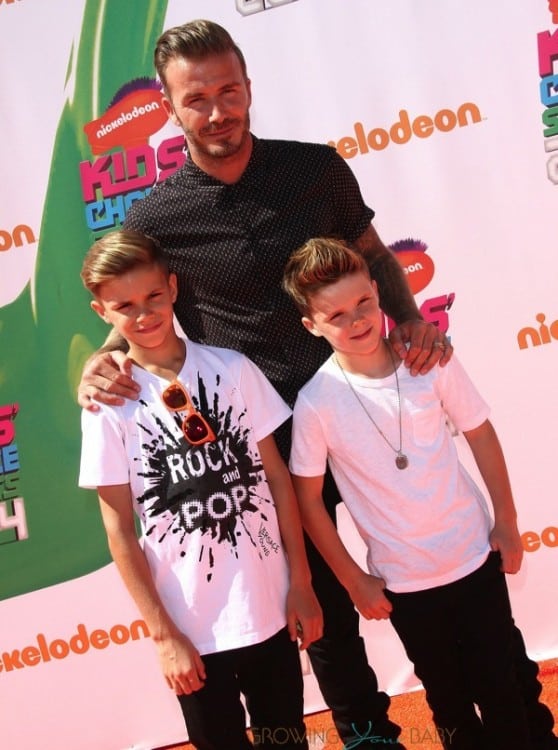 While matching in white tees, black jeans and colorful kicks, the boys looked like pros as they posed for photographers before heading into the event.

It didn’t take long, however, for their crisp outfits to be covered in gold goo when the boys accompanied their dad to the stage to accept the Nickelodeon Kids’ Choice Sports’ first Legend Award. 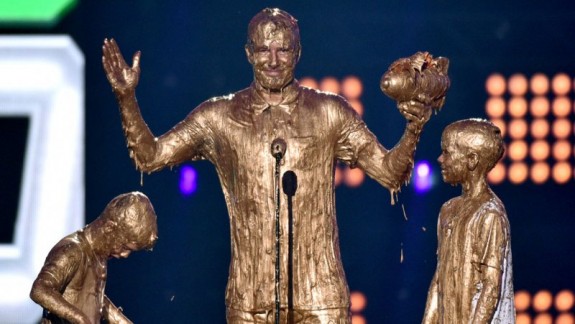 At first Cruz appeared to be unimpressed by the surprise slime but posed for the cameras later with his dad and brother. 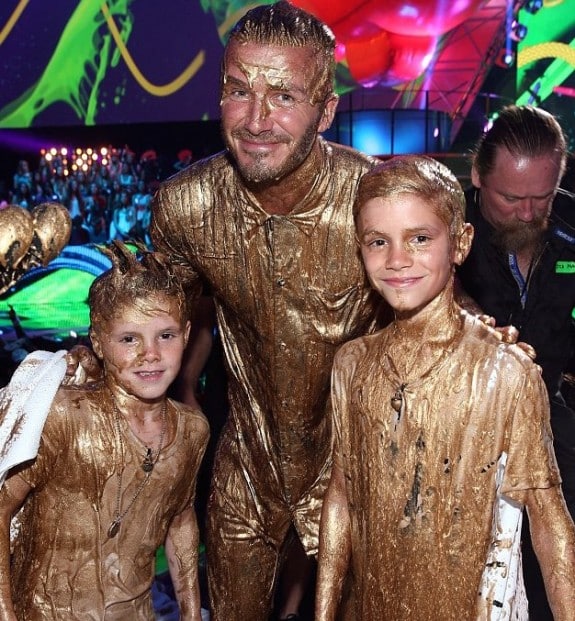