Home » Brain Dead Woman, Who Was Kept On Life Support, Gives Birth to a Baby Girl 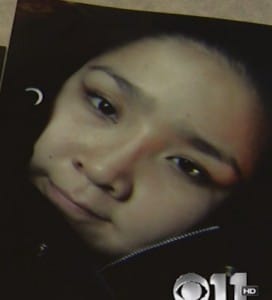 It is a story of a tragic loss and a miraculous birth. An Alaskan woman Jessie Ayagalria gave birth to a baby named Faith on Tuesday, before her family took her off life support. Jessie had been without any brain activity for the past six months after she unexpectedly suffered a seizure and went into cardiac arrest.

For Jessie’s family it has been a difficult six months which started with an emergency trip to the hospital after she fell into a coma following a seizure and heart failure. It was then that they found out that she was three months pregnant and made the decision to keep her on life support to try to save the baby.

‘It’s like a roller coaster,’ Jessie’s cousin Catherine Greydanus said. ‘You have to deal with what’s going on with Jessie, but then you see Faith and can’t help but smile that something positive has come about this.’

Jessie’s mom Shirley Jerry can’t forget the moment just before her accident. She was laughing with her uncle and sister.

‘Next thing I know they were hollering for me and I told them to call 911,’Shirley said. ‘It happened just that fast.’

It was at the local hospital that it was revealed Jessie was pregnant, but medical tests revealed she had no brain activity.

She was together with her boyfriend Arnold for the past 10 years, and her mom says the two were planning to get married and start a family.

While Jessie was struggling for her life, the doctors had some positive news for the baby and believed that she could be saved.

The family then decided to keep her alive, but asked the doctors not to resuscitate her which would cause suffering.

Once she was transferred to Alaska Native Medical Center in Anchorage, doctors kept both mother and baby alive with a feeding tube and intravenous drip.

Jessie was able to carry her baby till 35 weeks, just a week shy of a full term birth. Faith was born on Tuesday weighing 6 pounds and 1 ounce. 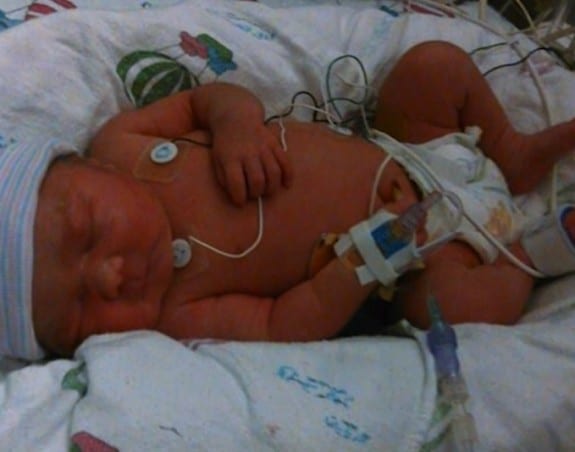 The newborn had a bit of difficulty breathing on her own initially but was soon able to do so and waking up every three hours all by herself. 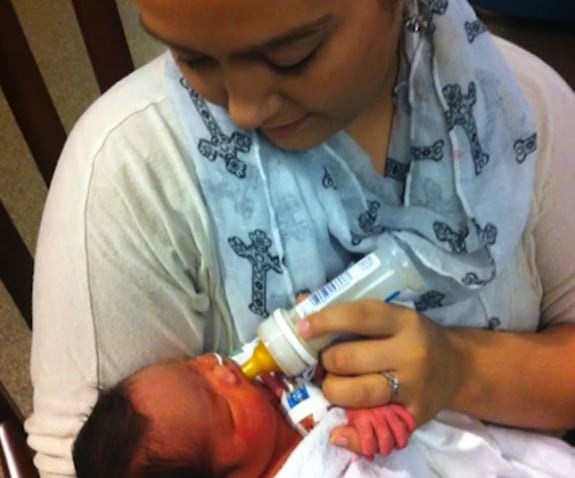 ‘I was brought in after [Faith] was delivered and it was an amazing feeling to hold her,’ Shirley said. ‘It was a miracle.’

The family then made the hard decision to take Jessie off the life support.

Jessie’s sister plans to adopt baby Faith after she leaves hospital.  The family has set up a GoFundMe account where people can donate money that will be used for items to care for the baby.