Home » David Beckham Shops With His Ladies in Paris!

David Beckham, his wife Victoria were photographed out in Paris, France on May 3, 2013 doing some shopping with their little lady Harper. 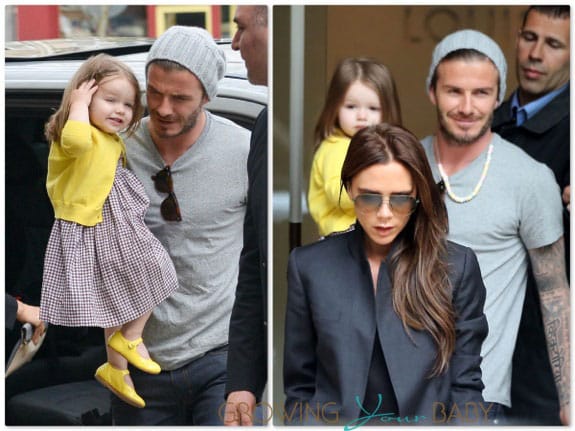 The couple hit up some of the luxury shops on rue François like Louis Vuitton and Balmain before shopping for Harper at Bon Ton.

Harper looked like a doll in a purple gingham dress and yellow cropped sweater as she made her way through the city of lights in her dad’s arms. 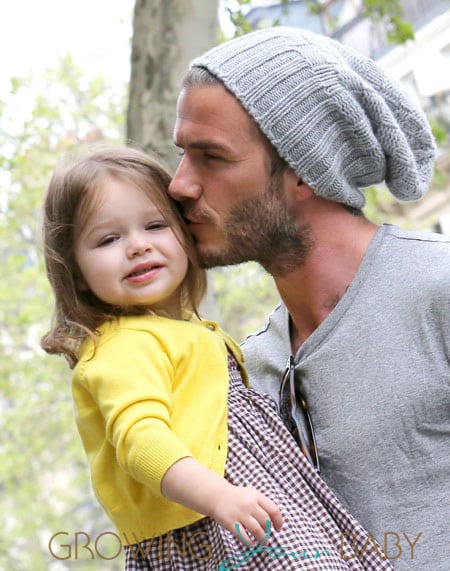 Victoria and Harper arrived in Paris on Wednesday, just in time to celebrate David’s 38th birthday.

There will be no time off to celebrate though.  On Sunday David and Paris St. Germain will square off against Valenciennes at the Parc des Princes.

David looked happy to be out with his ladies and even gave Harper a smooch on the cheek as they made their way out of the boutique.  Victoria walked ahead and wore a more sullen look on her face.  Typical for the mom of 4, she recently told Vogue she is not as miserable as people think.

“I’m nice! Everyone thinks I’m going to be a cow,” she quipped. “I understand it, actually. I think the same when I see the pictures.”

A simple smile would likely clear the perception up..