Doutzen Kroes was photographed enjoying a girls day out in New York City with fellow model Candice Swanepoel on Tuesday. 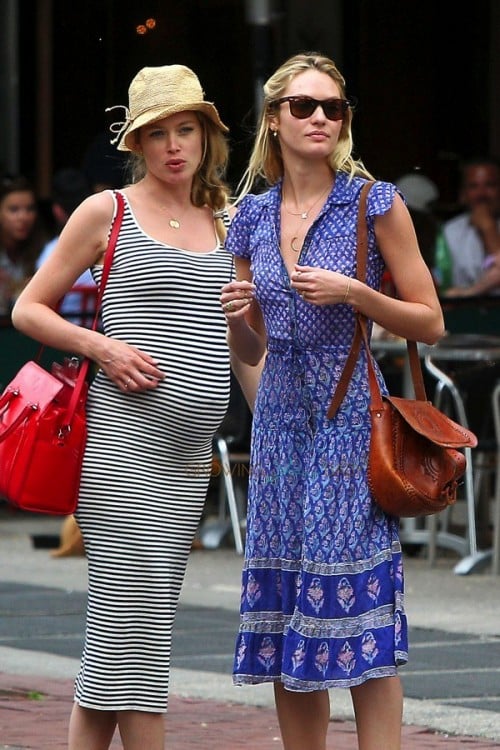 Due in July with a baby girl, Doutzen was Spring Chic in a striped maxi dress, gladiator sandals and a straw hat. Now eight months along, her tall frame partially hides her growing baby, but from the front her belly button could be seen popping through her dress.

The two reportedly chatted non-stop as they strolled through the West Village after having lunch at at Bar Piti. 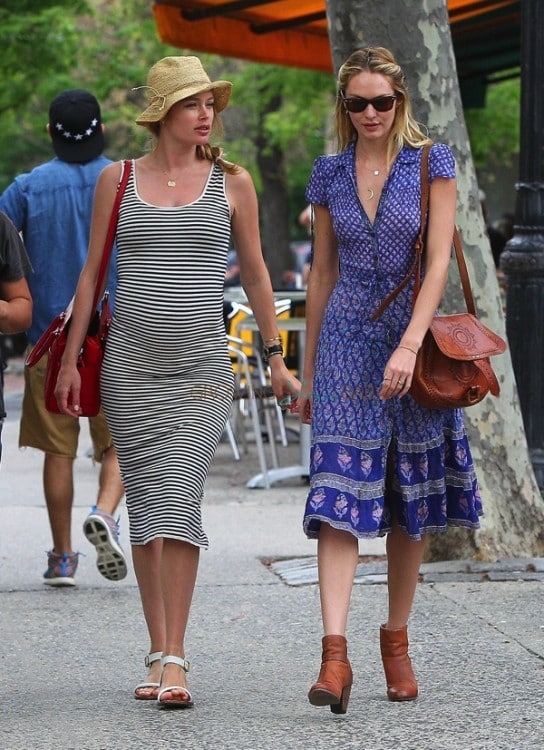 Earlier in the day the Victoria’s Secret model attended a luncheon for Every Mother Counts. She tweeted a photo of herself on the red carpet saying,

At the #mpowerlunch with @cturlington and @carolynmurphy for @everymomcounts where I learned every 2 minutes a woman’s loses here life in pregnancy and childbirth and 2 woman die every day in the US alone! #every2 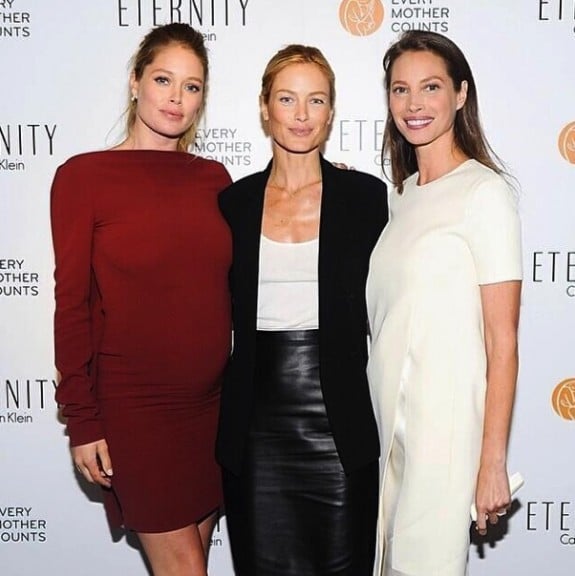 When she arrives the new baby will join Doutzen’s three-year-old son Phyllon.