Prince William and Kate Middleton, the Duke and Duchess of Cambridge, started the third day of their tour of Sweden and Norway on a walkabout in Princess Ingrid Alexandras sculpture park together with Queen Sonja, Crown Prince Haakon, Crown Princess Mette-Marit and Princess Ingrid Alexandra. The couple arrived by plane this morning from Stockholm where they spent two days visiting. 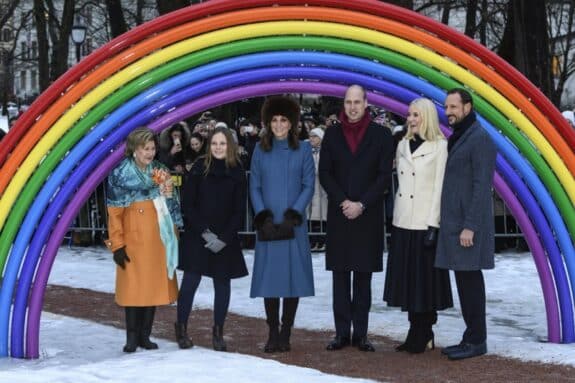 Kate’s growing belly could be slightly seen under her blue jacket. 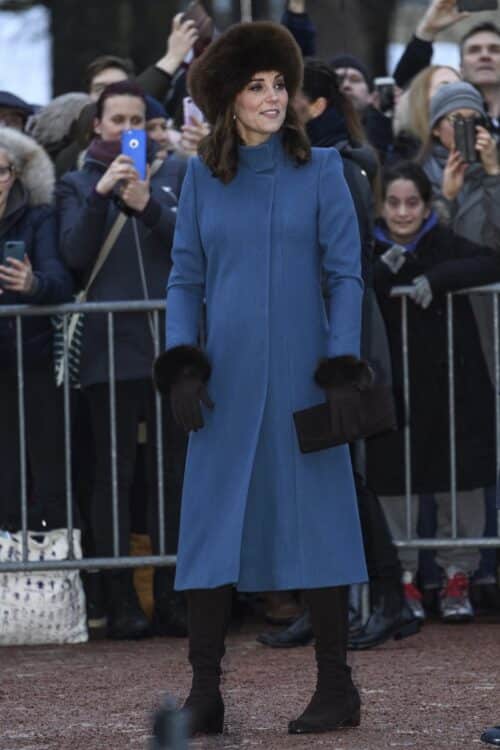 This evening they attended a special dinner in their honour hosted by The King and Queen of Norway at the Royal Palace, Oslo.  Kate was stunning in a custom pink embellished Alexander McQueen gown.

The Duke and Duchess of Cambridge tonight attended a special dinner in their honour hosted by The King and Queen of Norway at the Royal Palace, Oslo ? #RoyalVisitNorway ?PA

For their second day the couple paired up with Crown Princess Victoria and Prince Daniel to visit a Stockholm school where children take part in an innovative mentoring program to foster mental health.

In a speech to students, William said,

“Catherine and I and Victoria and Daniel care deeply about mental health. It’s all about early intervention. Sometimes a conversation is enough.” 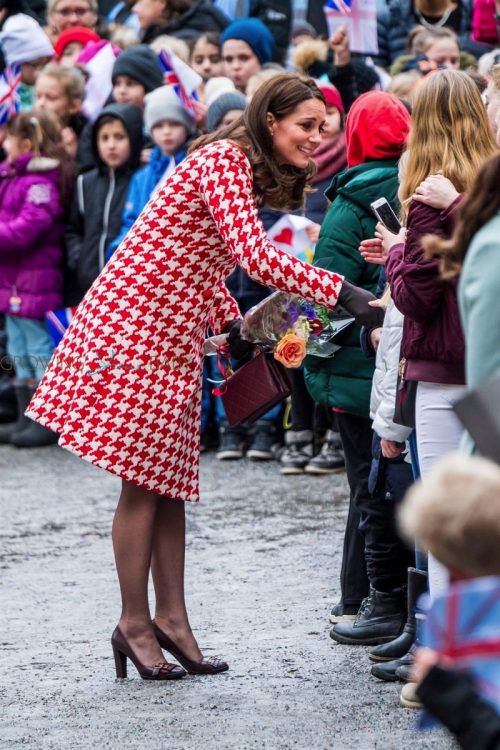 Kate was pretty in a red houndstooth jacket as she and Willam visited the department store NK to see an interactive exhibition on British design.

At the Karolinska Institute, they were given a briefing with senior staff about their research into mental health. 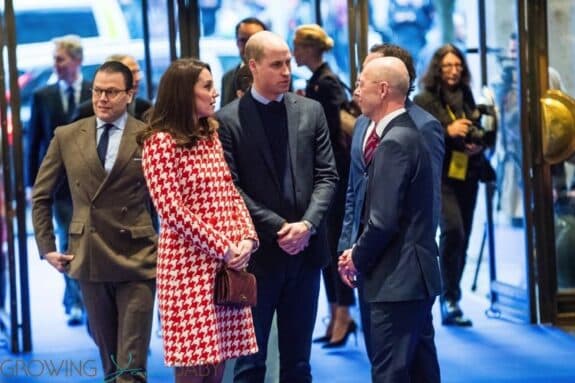 On Tuesday they were guests at the Nobel Museum to learn about the Nobel Prize and its history, and to meet a Nobel laureate. 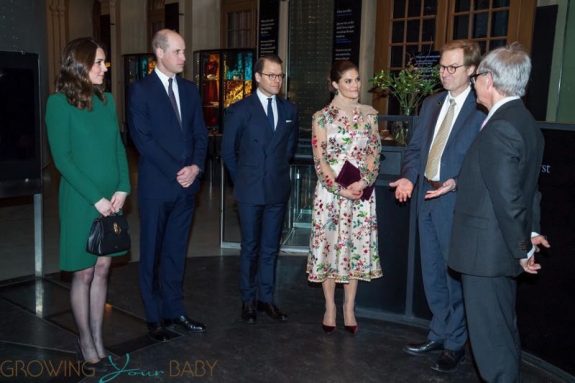 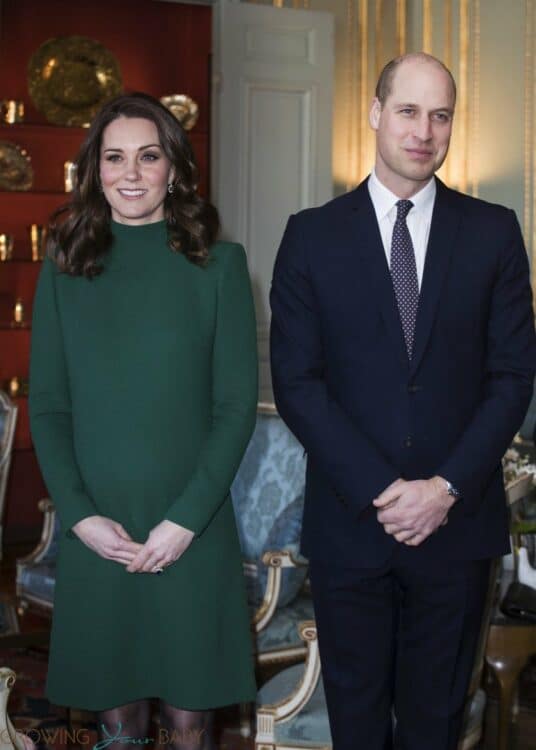 Earlier they visited Vasaparken for a presentation of bandy. Active elite players from Hammarby and younger players will demonstrate the sport and explain its importance in Sweden.

The pair were all smiles as they showed off their skills.

The Duchess of Cambridge takes a shot at goal during a Bandy hockey event in Vasaparken, Stockholm ?#RoyalVisitSweden 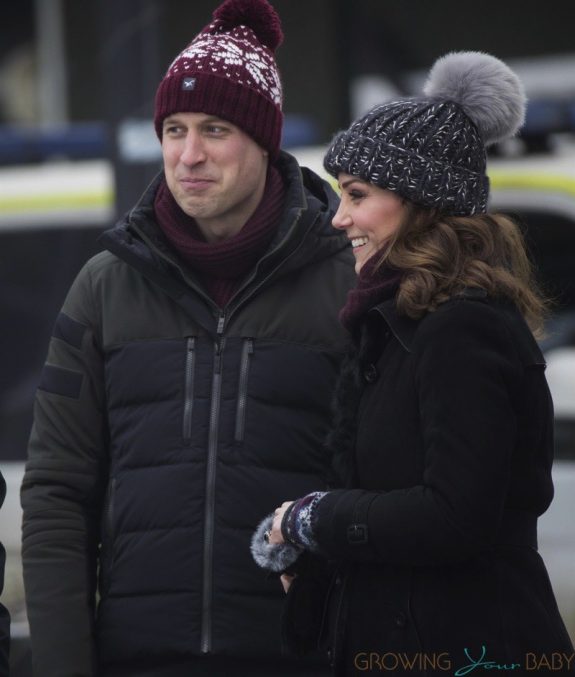 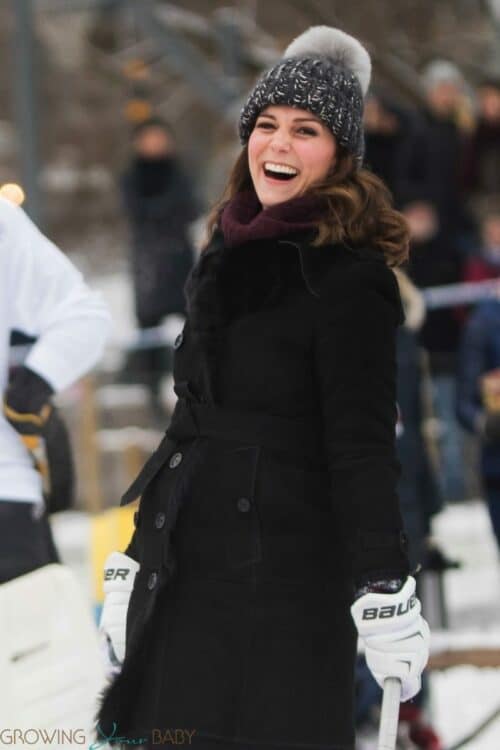