A new study suggests that touches very early in life may shape how a baby’s brain will respond to gentle touches later. Published online March 16 in the journal Current Biology, the research focuses on the importance of touch for infants, both in type and number. 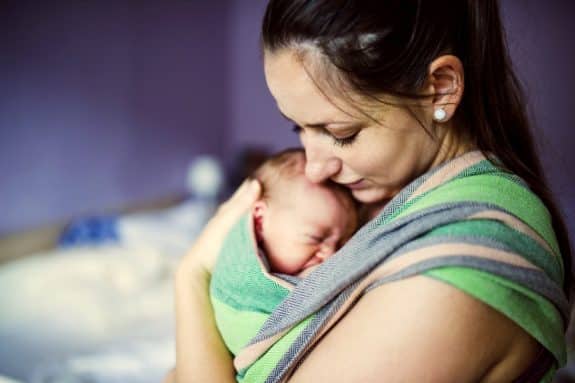 Researchers focused on touch because that sense develops early and thus is a prime way to communicate with infants, according to study co-author Nathalie Maitre, a neonatologist and neuroscientist at Nationwide Children’s Hospital in Columbus, Ohio.

For the study, the team looked at how babies’ brains responded to a light puff of air on their hands, measuring the effect by having the infants wear tiny electroencephalogram (EEG) caps during the testing. The puff test was administered shortly before the infants were released from the hospital to head home.

61 of the infants tested were born prematurely at between 24-36 weeks gestation and had already spent an average of 28 days in the hospital. Another group of babies was born at full-term, 55 infants who were tested three days after their birth.

The full-term babies showed a strong brain reaction to the hand puff, while the pre-term babies had weaker reactions. Researchers also looked at the number and types of touches the preemies had received while in the hospital. The preemie infants who had a greater number of negative touch experiences – including heel pricks, IV insertions, injections and tape removal – tended to have diminished brain response to the puffs. Those who had received more positive early touches such as breast feeding and skin-to-skin cuddles and massages had stronger brain responses.

Scientists cannot definitively say whether positive and negative early touches are behind the difference in brain response, but the study does show a link. Maitre says that if early “tactile experiences pattern the brain in important ways it could have big implications.”

Too often preemies are treated far from home where parental access to them is limited, and other factors such as short birth leave doesn’t allow parents adequate time to snuggle their newborn. While medical professionals provide other forms of care, volunteer cuddlers may make a difference in giving newborns the best possible start by providing positive touch that encourages development.