Sir Elton John and his partner David Furnish posed for photographers as they arrived at Club 55 in St. Tropez their boys Zachary Jackson and Elijah Joseph on Thursday(August 14). 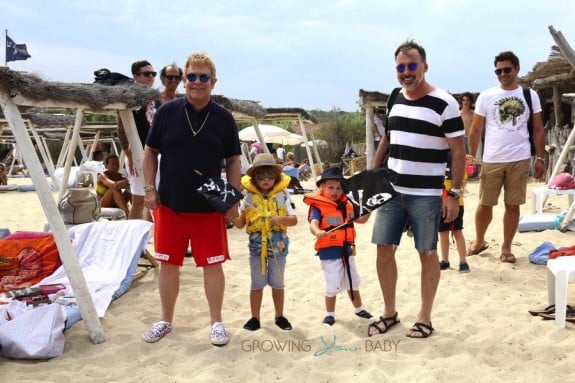 A yearly trip for the dads, they often stay on a yacht off shore and then tender in to have lunch or relax on the beach.

It was safety first for the boys, who each wore a life jacket for the boat trip in. 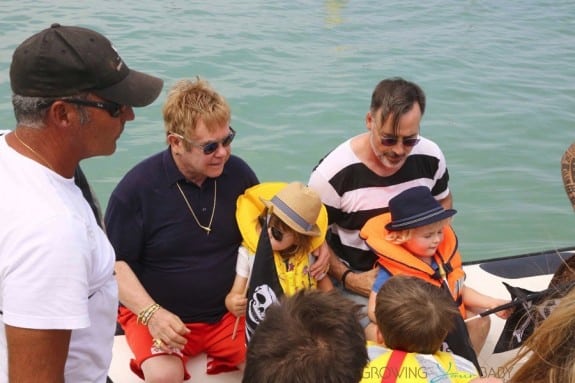 Elijah was cute in straw beach hat and white board shorts, while Zachary rocked a pair of Ray Bans, a tropical golf shirt and cut off jeans! 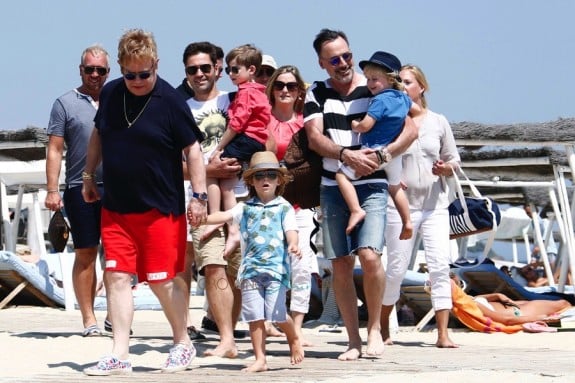 The vacation comes just a couple days after the singer performed in San Francisco at the Outside Lands Festival .  The singer has a couple weeks off now before his next performance on September 20th in Brazil, and then he starts a U.S. tour in October that includes 11 dates at Caesars Palace in Las Vegas.